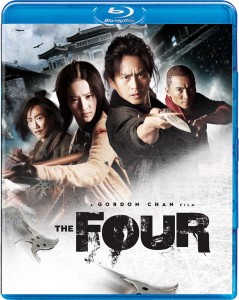 Asian cinema has had its influences on Western film, especially in recent years with many American horror pictures being remade from Far East offerings.  There’s something we’re fascinated with in the cultures and customs from that part of the world; it’s exciting and mystical, maybe even dangerous.  ”The Karate Kid” and “Gremlins” use this Eastern mysticism to cure Daniel-San’s busted leg and to create an army of reptilian hooligans and not once do we question it.  So imagine my surprise when I was watching “The Four” (available 4/9 on DVD and Blu-Ray from Well Go USA) and an army of the undead is raised using unquestioned Western mysticism in the form of voodoo! It made me giggle with delight as I felt like maybe, just maybe aspects of my culture are mysterious, too. I mean, I’m not surprised that America has made its mark overseas, but as if coming from a great fusion restaurant, this dish of Eastern martial-arts fantasy and Western comic book mythology is simply delectable.

A wise man once said, “Adventure. Heh. Excitement. Heh. A Jedi craves not these things.”  It’s always amazing how these things always found them, though.  ”The Four” isn’t much different.  Instead of a Jedi order, we have the Divine Constabulary – basically a royal secret service unit.  Nobody, not even the capital’s police force knows of their existence.  Led by the judicious Zhuge Zhenwo (Anthony Wong), this group of superhuman investigators answers only to the King himself.  The team consists of the wheelchair-bound Emotionless (Lei Yi Fei), a Professor X-style mindreader who uses telekinesis to fight enemies, Life Snatcher (Ronald Cheng) who can track down anybody and collect anything from them, Iron Hands (Collin Chou) who can create force fields and Coldblood (Deng Chao) who, not unlike the Hulk, transforms into a wolf-demon when he’s angry.

The Divine Constabulary is in the process of investigating a counterfeit money scheme that is wreaking havoc on the kingdom’s economy, when they clash with the police who are working on the same case.  Not to be outdone by this group of rogue detectives, the chief of police known as The Sheriff King, has his heart set on taking down the counterfeiters first – and then having the group disbanded.  But there’s a fly in the ointment: this scam reaches farther than anyone could imagine, involving some pretty powerful people at the top of the food chain. Speaking of food chain, did I mention that these powerful folks are creating an army of Kung Fu zombies hell bent on destroying anything that gets in their way? Because there’s plenty of that.  Adventure. Excitement.  The undead. A Jedi craves not these things – but I do. 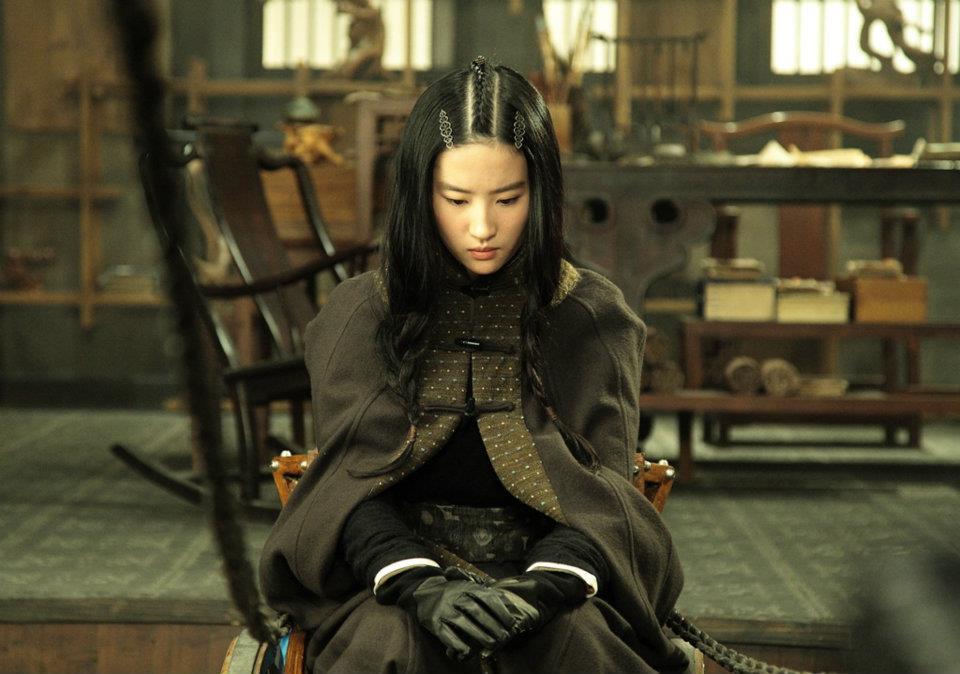 Emotionless (Liu Yi Fei) is bound to be the mother-in-law from hell one day. Maybe in a sequel?

Based on writer Wen Ruian’s popular martial arts novels, “The Four” is the first of a planned trilogy, so this is the one where you really get to know the characters and their world.  Not that the film is bogged down with boring exposition or anything, but the audience is set up for the types of “magic” (if you can call it that) that we can be expecting in this universe.  The film is like a moving comic book, with a dark pulpy feel and strong American Summer blockbuster undertones that had me wondering how long it would be before Hollywood remakes it.  There’s romance, crime, sword fights, double-crosses, Kung Fu, Superpowers, Femme Fatales and of course that zombie army I keep bringing up.  Sometimes the detective story of it drags a bit, but the action and special effects have enough punch to keep the film exciting.

Though I’m no Mandarin speaker (I usually screw up names at the Panda Express Drive-Thru), the actors felt solid and authentic in their roles. Director Gordon Chan (Fist of Legend) succeeds in the tricky task of getting both physical and emotional performances from all involved. However, one cast member stands out head and shoulders above the rest: Xiu Bo Wu as The God of Wealth.  This guy pulls of charm, humor and villainy and he can do all three at the same time!  He’s like an Asian Morris Day in “Purple Rain” – a flashy, fun sonofabitch.  His character is very much like the villain from an American superhero movie, the most Western of the group. Pretty fitting for an evil money driven conqueror and I’m sure it was a conscious choice by the filmmakers. 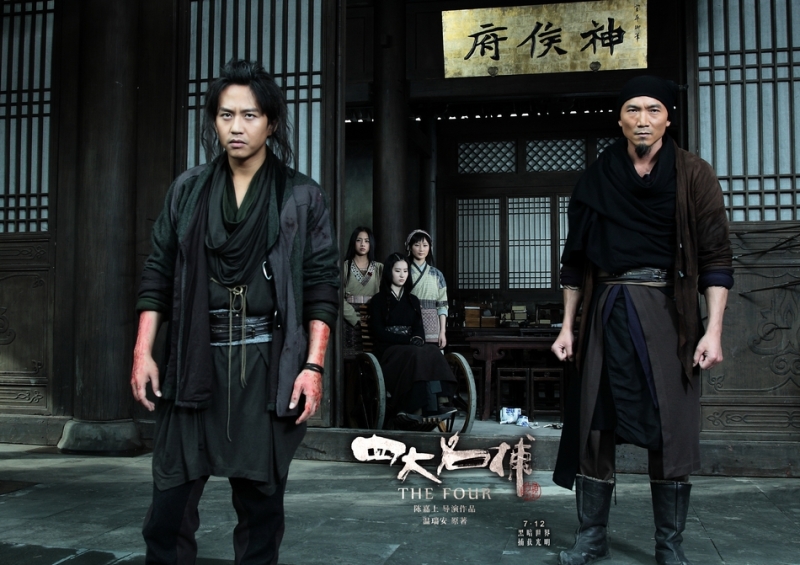 Three of The Four get ready to fight.

Again, not knowing Chinese I had to go off of English subtitles which had maybe one or two grammatical errors, but for the most part read fine.  From what I could see the script was solid, but with no knowledge of the source material, I can’t tell you how faithful it is to the books.  I do think the characters are well written and have strong enough personalities to make this a solid franchise with international appeal – as long as they’re given cool cases to crack.

Well Go USA did a great job with the Blu-Ray.  An earthshaking DTS HD-MA 5.1 surround soundtrack and a crisp Hi-Def make “The Four” a treat to experience.  It’s such a beautiful film to look at with sweeping camera shots and gorgeous sets and locations, I cranked up the volume and went into sensory overload.  The extras left a bit more to be desired, with a trailer and four minutes worth of deleted scenes that were strung out in one giant clip.  A 25 minute “making-of” is actually pretty cool with the cast and crew going into detail on their characters and the top-notch effects used on the picture.

“The Four” earns 3 out of 4 angels.  For all of it’s graphic novel style, this is a gorgeous and well crafted movie.  Sometimes the story feels like it slows things down a bit, but the premiere entry in a franchise usually does. The solid action/adventure/supernatural elements more than pick up the slack.  While this movie would’ve been awesome to have seen with an audience on the big screen, the Blu-Ray and a group of friends should do a pretty good job recreating the experience.  Bring on the next one!