Summer has started and Dwayne “The Rock” Johnson has again bathed in baby oil and flung himself at the big screen.  This time he reprises his role as Agent Luke Hobbs in Universal Pictures’ “Fast & Furious 6″.  Featuring pretty much everyone who’s ever starred in the street racing series, “FF6″ serves as a link for the previous five films and gives us a glimpse at where the films are heading.  Director Justin Lin also returns to the franchise he resuscitated with the fourth installment and it’s clear from the first racing scene that he’s not afraid to take her into the red.

A lot has happened in the twelve years since “The Fast and The Furious” first sped onto the scene and the franchise has gone through a metamorphosis of sorts.  What started out being a series of high-octane films set around the undergrounds street racing scene, has now become a  NOS-infused “Ocean’s 11″.  ”FF6″ starts with Agent Hobbs (Johnson) investigating an attack on a Russian military envoy.  The suspect is a Owen Shaw (Luke Evans), a former British Special Forces officer who happens to be so good with vehicles, that only one man can stop him: Dominic Toretto (Vin Diesel).  Toretto, who like his crew is living comfortably on the loot stolen in “Fast Five”, has no interest in helping Hobbs – until he’s presented with a ghost from his past.  Letty (Michelle Rodriguez), the love of Dominic’s life who met an early demise back when these movies had “the” in the title is very much alive… and working on Shaw’s crew.  Determined to learn what happened and to win amnesty for his friends, Toretto reassembles the old crew: Brian (Paul Walker), Roman (Tyrese Gibson), Han (Sung Kang), Tej (Chris Bridges) and Gisele (Gal Gadot).  Now with faster and cars and more furious opponents, Dominic and company must put a stop to Shaw and learn the truth about Letty. 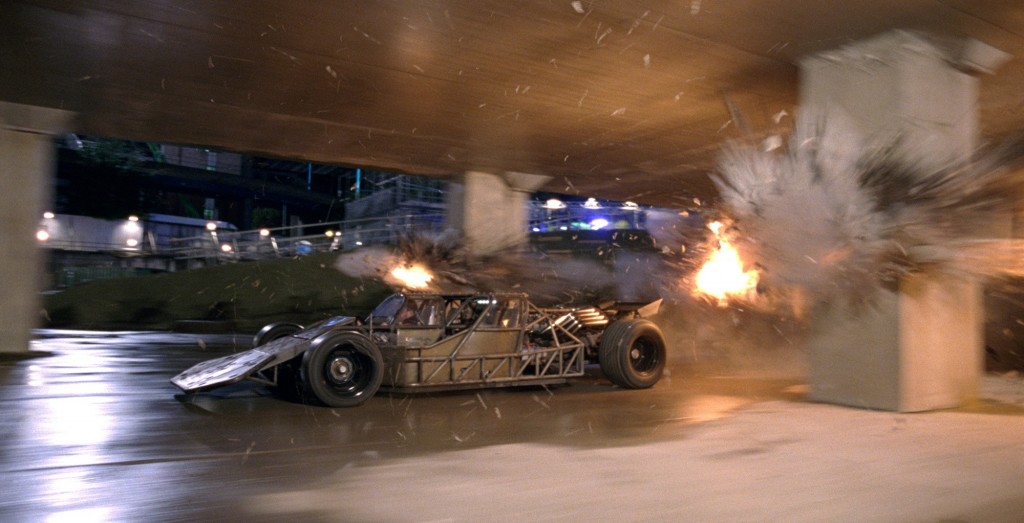 It’s a dark night in London.

Director Lin, manages to keep the film going at such a breakneck pace that it’s 2 hour and 10 minute run time just flies faster than the cars being driven.  Fans of the earlier films will love the underground race through London between Dom and Letty, which for me was the highlight of the picture.  But believe me when I say, there’s some real crazy stuff going on in this film.  The grand finale is particularly impressive as the crew takes down a cargo plane… Toretto style.  Nevermind that the runway it’s on must be at least 100 miles long. 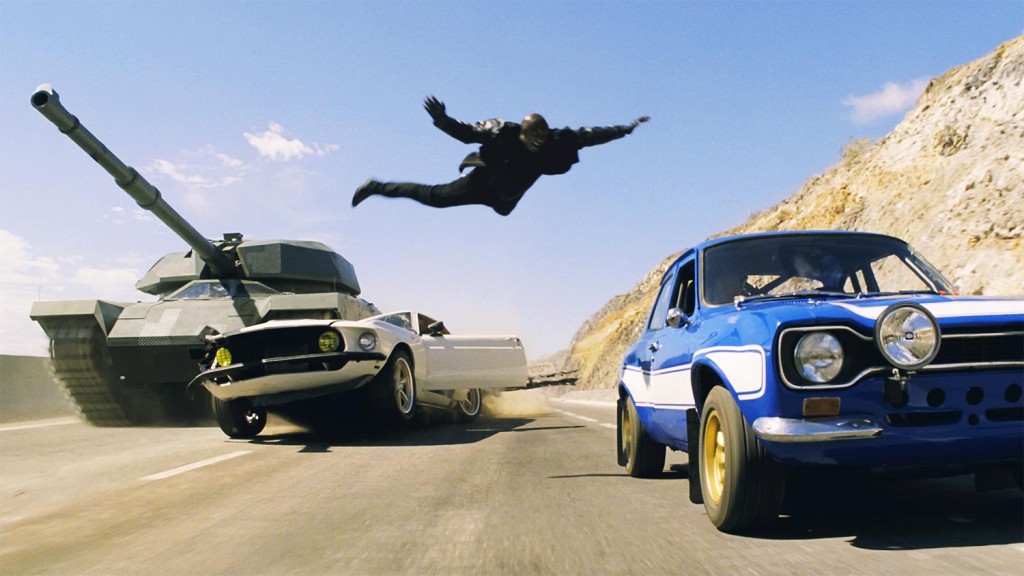 Dwayne “The Rock” Johnson is probably the best actor in the film, followed by Luke Evans, who reminds me of a modern day Errol Flynn.  That’s not saying a whole lot though; When you’ve got Paul Walker standing front and center in your poster with his arms folded like a poor man’s Eminem, you know you’re not in for Shakespeare.  I’d go so far as saying he’s got to be one of the worst actors of the last twenty years.  But acting prowess doesn’t matter much here.  The characters are more broad strokes than anything; caricatures that are there just to add a little flavor to the crashes and explosions that people are buying tickets for… and there’s plenty of that here. 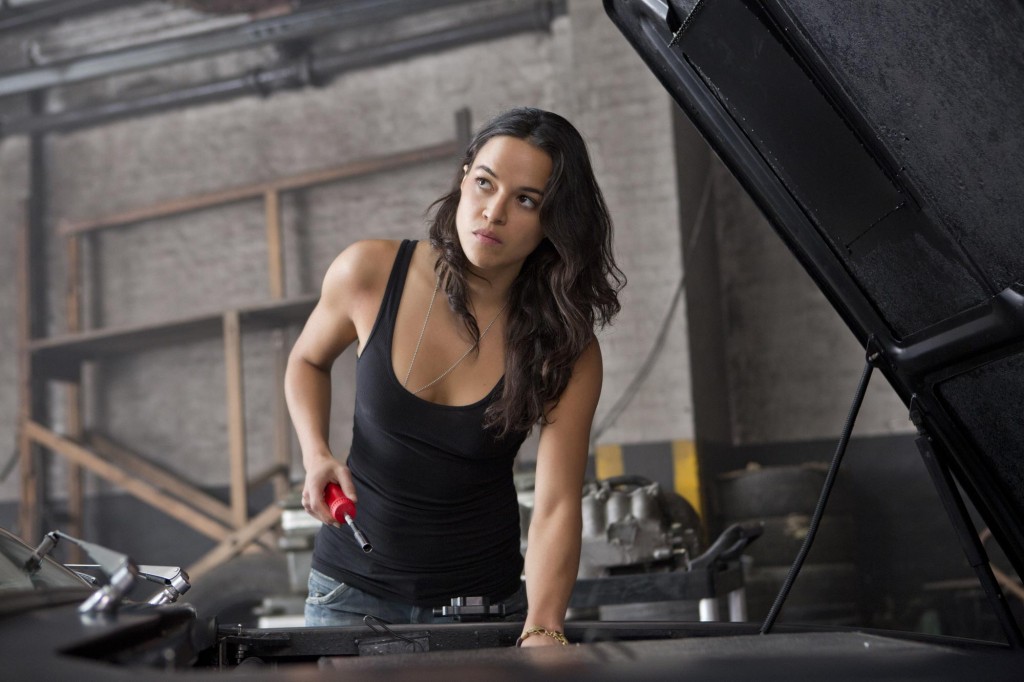 Dayum! Letty (Michelle Rodriguez) is back… in the flesh.

The script is so/so. Dialogue is more of an afterthought (as expected) and the story is nothing new.  We’ve all seen the “set a thief to catch a thief” thing before.  However in this case, it signals a new direction for the series.  With Toretto’s crew now on the right side of the law, Universal has set the “Fast and Furious” series up to possibly be an answer to the Bond or “Mission: Impossible” movies.  It’s funny because at one time, many of the actors here were promising stars (I’m looking your way, Mr. Diesel.)  Now, it seems like a few of them can only get work in “FF” films.  The introduction of Johnson to the series was a wise move, injecting some starpower into the movies as they pick up speed.  Now, with “FF6″ it looks like the franchise is going to be a regular cash cow.  If you stay to the end, you’ll see a set-up for the already greenlighted “FF7″ and another big Hollywood heavy that will up the ante even more.

In the end, “Fast and Furious 6″ earns 3 out of 4 devils.  You won’t get a very deep story, but that’s just as well since you probably won’t be able to hear anything over the guy 2 rows over talking on his cell phone.  But if you’re looking for big action, fast cars and lots of testosterone-infused adrenaline… buckle up, Buttercup.