Pretty much everyone’s been in love before, but it’s that first time that’s the most awkward.  As you mature, you’re stuck between being a child and an adult.  You feel like nobody understands your situation (even though anyone with a pulse can relate) and you’re just sort of… shy about the whole thing. Not to mention the fact that you lack the maturity to do anything “right”.  Now, what if you’re into the same sex?  Now you’ve got to wonder if the people around you will be accepting and what if the object of your affection doesn’t feel the same attraction?  Well, June is LGBT month and on the 4th Wolfe Video brings “Mosquita Y Mari” to DVD.  An official selection of the 2012 Sundance Film Festival, the movie follows two Los Angeles teenagers as they fall in love for the first time.

15 year old Yolanda (Finessa Pineda) is a straight A student in Huntington Park. With the support of her family and plans to get into a good college, her future looks bright ahead. One morning Yolanda’s assigned a study partner: struggling new student, Mari (Venecia Troncoso) who also happens to be her neighbor.  Mari is almost the exact opposite of Yolanda.  With the recent death of her father and her undocumented mother failing to make ends meet, the street smart Mari must pick up some of the slack.  She really doesn’t care much about school – it’s the least of her problems, but Yolanda seems determined to change that. As she pushes Mari to study harder, she’s playfully given the nickname “Mosquita” for being a pesky little bug.  Over time the girls begin to have feelings for one another, unbeknownst to the rest of the world.  But living in two different worlds isn’t easy and mounting pressures at home and at school soon threaten to tear them apart. 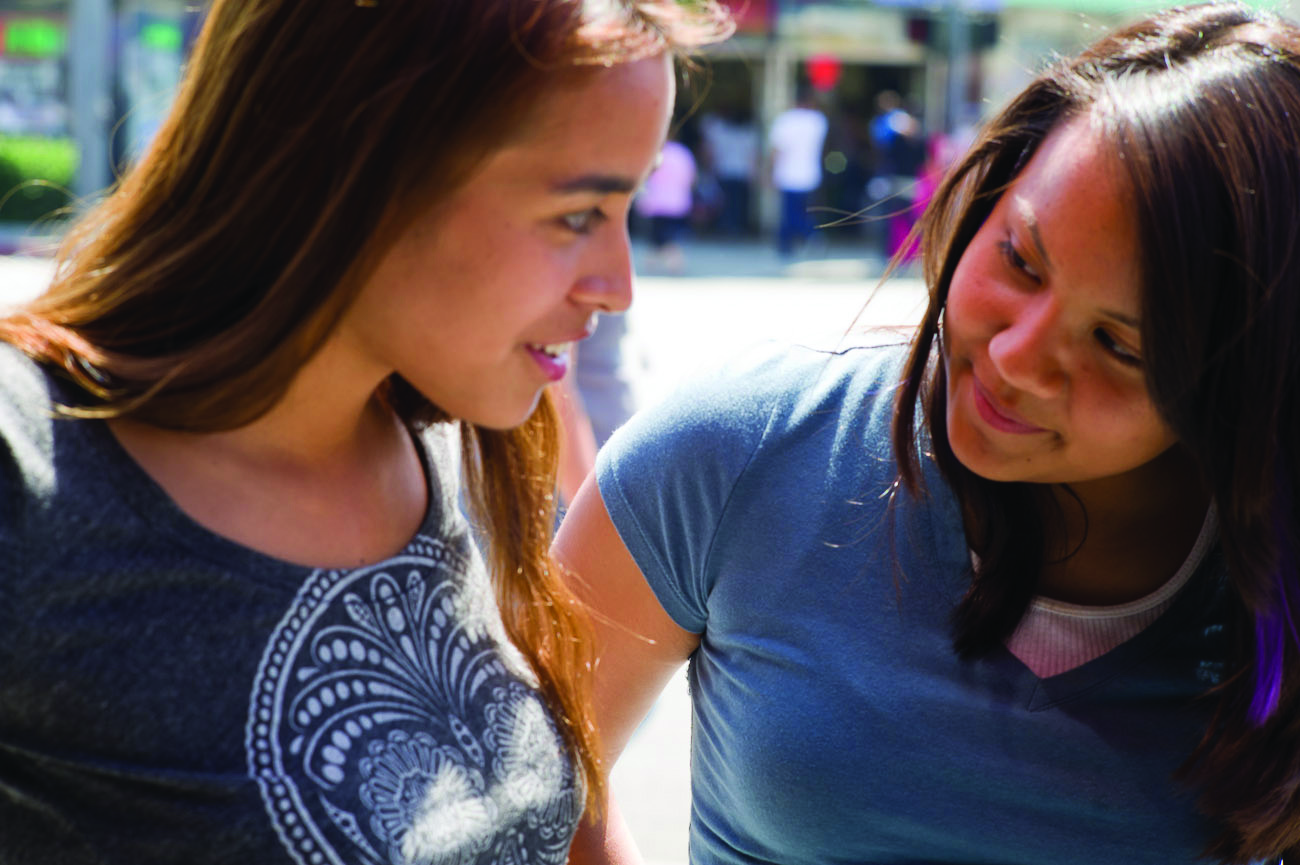 Written and Directed by Aurora Guerrera, “Mosquita Y Mari” is an expertly executed film. The friendship that forms between the girls feels true and flows organically.  You feel like you’re watching a genuine bonding. The closer they get, the more their love feels like a natural extension of the friendship and it just feels right.  This comes from a well-written script, no doubt… but also from terrific directing.  It’s no secret that children and animals are the hardest actors to work with and many would say that a teenager is the worst of both worlds.  Guerrera is able to get nuanced performances from her actresses where more than words is communicated.  Reactions, body movements and subtext are all used to project everything these girls are feeling from love and happiness to pain and suffering – and it doesn’t stop with them.  Both Yolanda’s parents and Mari’s mother also express very real, very powerful concerns and frustrations over the lives and opportunities they’re trying to provide for their daughters as they struggle with adolescence.  It’s almost heartbreaking to watch, it’s so well done. 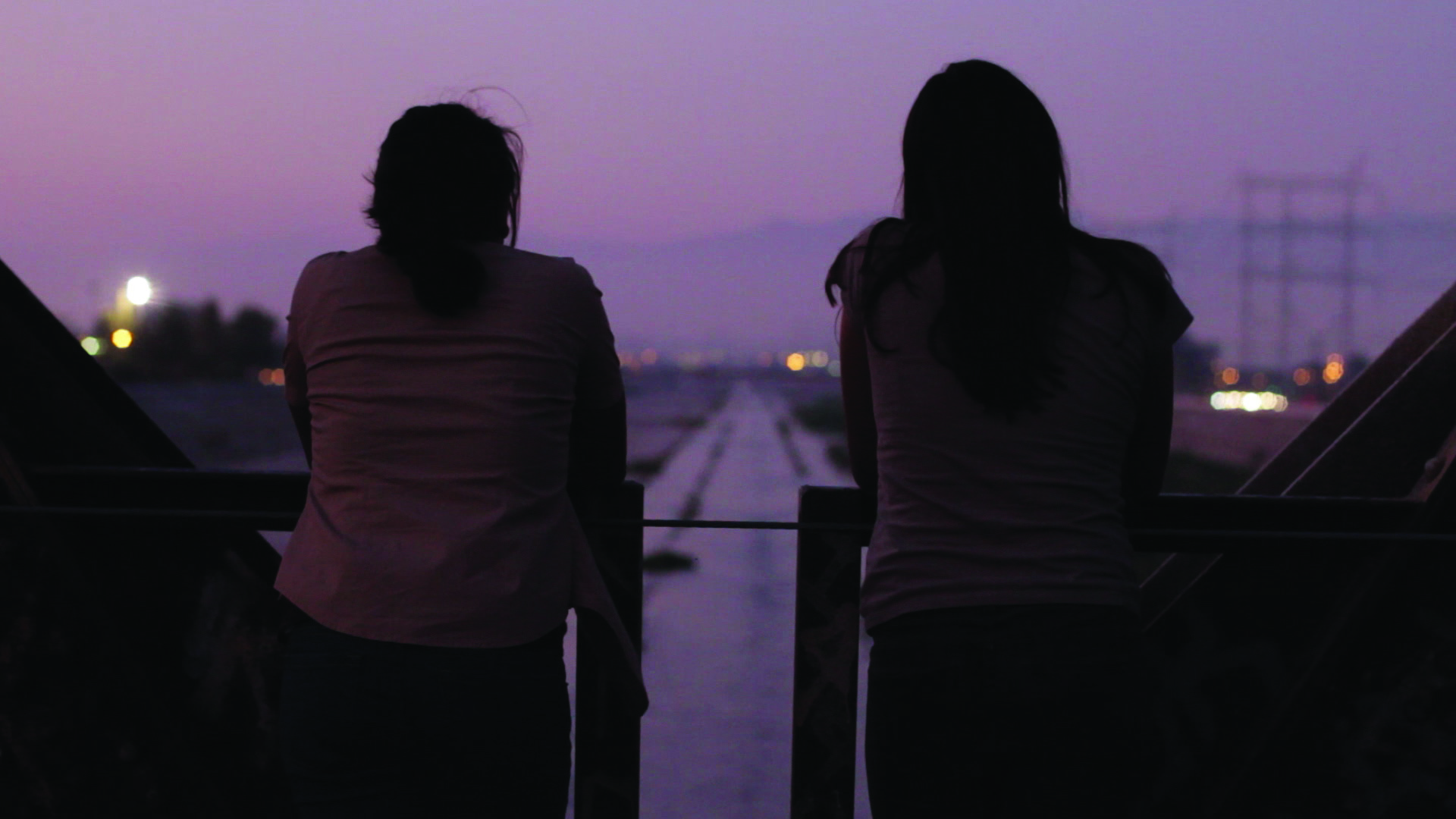 A beautiful moment, looking off into the distance.

The DVD looks and sounds outstanding.  A Dolby 5.1 surround mix pumps the dreamy Latin-infused soundtrack that sets the mood for the film.  Like I’m quick to point out, character driven films such as “Mosquita & Mari” hardly ever need a 5.1 mix (a 2.0 is one of the disc’s options), but if you have the means, the film’s music really adds a lot to the atmosphere.  The disc also does right by Magela Crosignani’s poetic cinematography. It’s such a beautifully shot film and Wolfe Video’s pristine transfer has it looking clean and clear.  There’s a “Behind the Scenes” featurette available along with the theatrical trailer, but precious little else in the extras department.

“Mosquita Y Mari” scores a 3 out 4 angels.  Regardless of orientation, this is a sweet coming of age story that’s touching and honest.  First time Writer/Director Aurora Guerrero really put it all out there for her debut film and it pays off.  While this is a jewel for both the LGBT and Latino communities, it’s something everyone can enjoy and I’m looking forward to seeing Ms. Guerrero’s next picture.