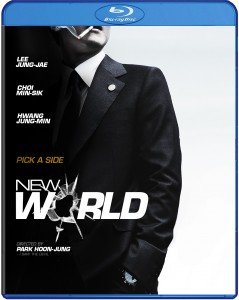 The early to mid-2000′s really put Korean cinema on the map. Films like “Oldboy

” were both financially and critically successful in North America – not the easiest market to crack for foreign films. It could be that more than any other Asian country, Korean cinema hits closest to American tastes. The latest example of this is Park Hoon-jung’s “New World

“, available on DVD and Blu-Ray 7/23 from Well Go USA. The film plays like the love child of “The Godfather

” and while it isn’t quite as good as either of those films, it comes damn near close.

When the head of the Goldmoon crime syndicate is murdered, the organization falls into disarray. As two top Lieutenants, Jung Chun (Hwang Jun-min) and Lee Joong-goo (Park Sung-woong) fight for control, the police department, led by chief Kang (Choi Min-sik), launches “Operation New World”. As it turns out, Jung’s right hand man Lee Ja-sung (Lee Jung-jae) is really a deep cover operative and his new mission is to interfere with Goldmoon’s choosing a successor. Caught in the crossfire, Ja-sung must choose: loyalty or betrayal… and to which side? Can he be the cop he was or will he become the gangster that he is. 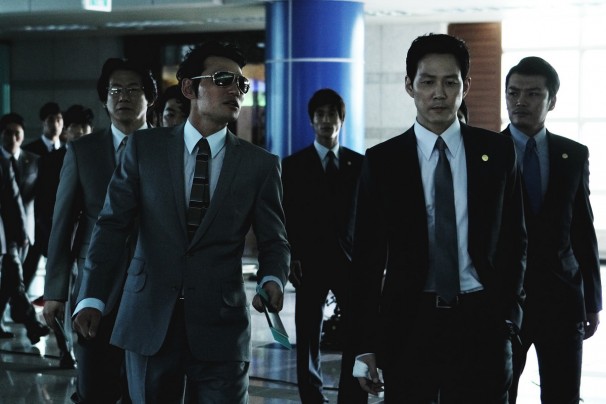 Jung (Hwang Jun-min) and Ja-sung (Lee Jung-Jae) are blood brothers, but one has a secret…

“” is loaded with twists and turns and the story gets deeper with each one. It’s clear that the director is familiar with crime movies – particularly American ones; the spirit of Scorsese and Coppola is all over this thing. But this isn’t merely some Western gangster film knockoff, “New World” has a flavor all it’s own. In spite of it’s influences, the film keeps you constantly guessing and the director is able to string the audience along masterfully with a perfect balance of tension and humor. It’s actually, quite hard to believe this is only his second film. Especially when you factor in the performances he gets from his actors. 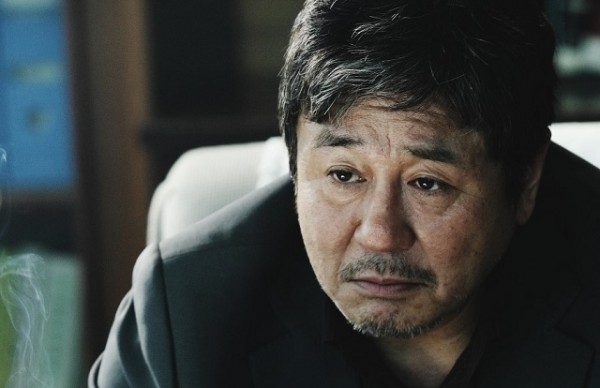 Chief Kang (Choi Min-sik), ready to topple the house of cards that is the Goldmoon syndicate.

One of my peeves when it comes to foreign films (particularly those from Asia), is that I can’t really gauge the acting talent through the language barrier. That alone may indicate mediocre actors, but honestly, I generally wouldn’t know half the time if they sounded wooden or not. I typically chalk that up to differences in speaking styles, pauses, stresses, rhythm, pitch, etc. This isn’t the case here, however. Hwang Jun-min plays Jung as a humerous, fun-loving psychopath. He’s not over the top like an anime character, as these types are often played in Chinese or Japanese cinema; you laugh with him, then cringe at the violence he’s capable of. Park Sung-woong plays Lee all cold and calculating, like a real-life Scar from “The Lion King”. With his bloodlust and cheshire cat smile, you don’t even have to know what he’s saying, to know what he’s saying. These two men make the film and despite the difference in language, I’d put them up against just about any American actor working in film today. 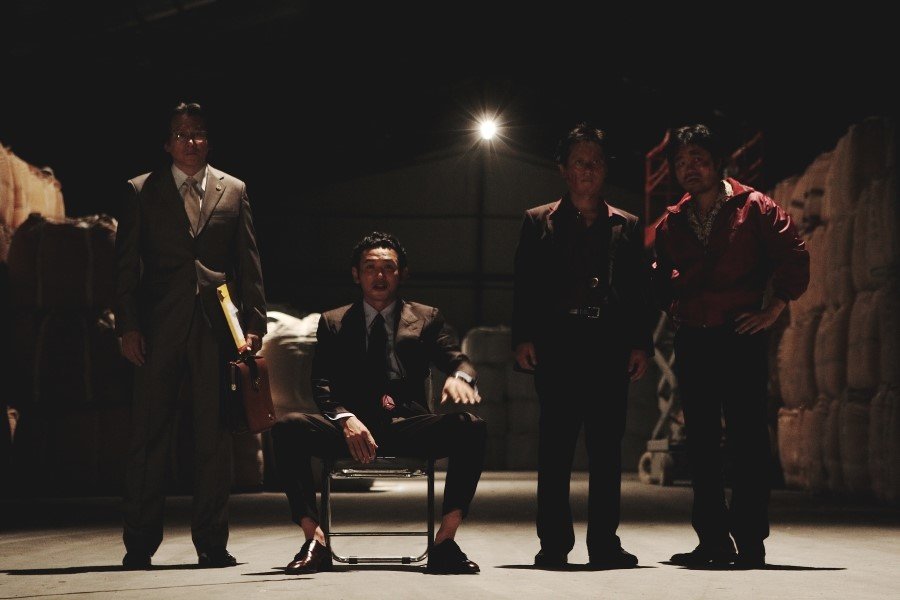 Jung is ready to take over and he’s not afraid to get his hands dirty!

As far as the Blu-Ray is concerned, Well Go USA has done an AMAZING job with this film. The picture is clean and crisp, texture and detail is sharp enough to literally make out the pores on the actors’ faces. The 5.1 DTS-HD MA soundtrack is incredibly well mixed, with attention to detail in the surround channels. Ambient noises such as rainfall and waves fill the room through the left and right speakers, while dialogue comes in clearly through the center. There is no English language track here, so be prepared for subtitles, but I promise you the performances are so good, you wouldn’t want them spoiled by a bad dubbing. Extras are rather sparse: the theatrical trailer, a photo gallery and a four and a half minute making of. I did notice some artifacting in the photo gallery, but are you really going to look at it more than (or even) once?

“ scores 3.5 out of 4 angels. At the end of the day, this is a kick-ass crime thriller that’s simply better than most of the films coming from Hollywood right now. It’s not nearly as violent as you’d expect, but it can certainly be vicious and the tension is sure to keep you on the edge of your Lay-Z Boy. If nothing else, it’s worth the price of admission just to see some cold-blooded killers driving around in Hyundais and Kias. After all, a Mercedez is just so… Western.