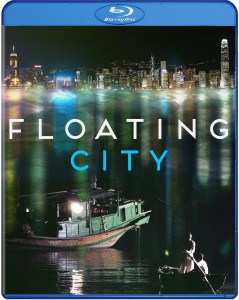 ” hits Blu-Ray and DVD, providing a snapshot of Hong Kong in the final years of British rule and sheds a bit of light on the struggles of these oddly named people.

The film begins in the 1990′s and Bo Wa Chun (Aaron Kwok) is the top executive at the East India Company.  Looking rather awkward for an Asian man, with his strawberry-blondish hair and bright blue eyes, Chun looks off into a mirror and with all the passion of a daytime soap opera asks, “Who am I?” So begins our journey into the past.  Chun was raised as an “Egg Person” a somewhat derogatory term for the Tanka fishermen.  The Tanka, were considered the lowest people in Hong Kong and having been an adopted half-Asian half-Caucasian, he is considered the very bottom of the barrel.  Aside from being discriminated against by the outside world, he is even seen as an outside by his own family, a group that struggles desperately to put bread on the table.  As Chun gets older, he accepts the help of a local priest and attempts to educate himself.  Fudging his credentials, he finds employment with the East India Company.  With a better life within his reach he struggles to climb the corporate ladder, all the while dealing with racism, infidelity and an identity crisis that has haunted him his whole life. 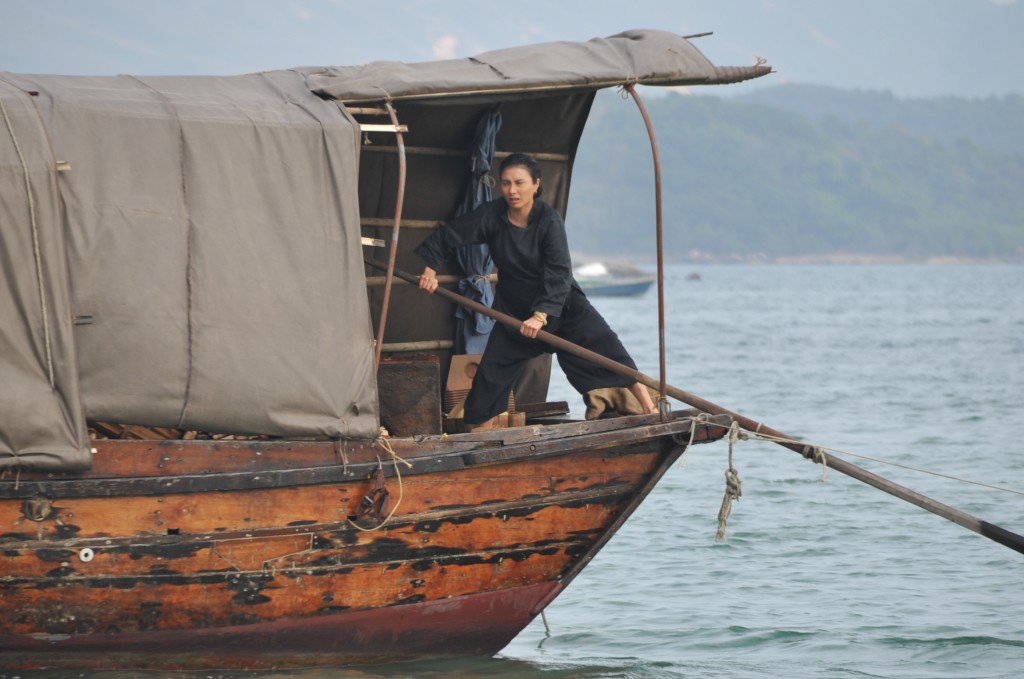 “, “Homecoming”) a member of Hong Kong’s New Wave  is known for making historical and sociological dramas.  While he largely succeeds with “Floating City

,” the film is not without its flaws.  Besides Kwok’s opening “Who am I?” scene, there are several moments that come off as cheesy as a “very special” episode of “Saved By the Bell” and it’s mostly due to the acting.  As is usually the case with foreign films, whenever a Western actor appears, it seems like they were recruited from a small-town dinner theater.  It’s most apparent when Chun butts heads with the racist East India executive Dick Callahan (David Peatfield) or any scene with his would-be mistress and social groomer, Fion (Annie Liu).  Peatfield seems like he’s been typecast as “Limey Hoodlum #2″ his whole career and Liu’s English, while coming across as flawlessly fluent, is strangely metered.  The flow of her dialogue is just off enough, that I couldn’t help being distracted every time she spoke on screen. 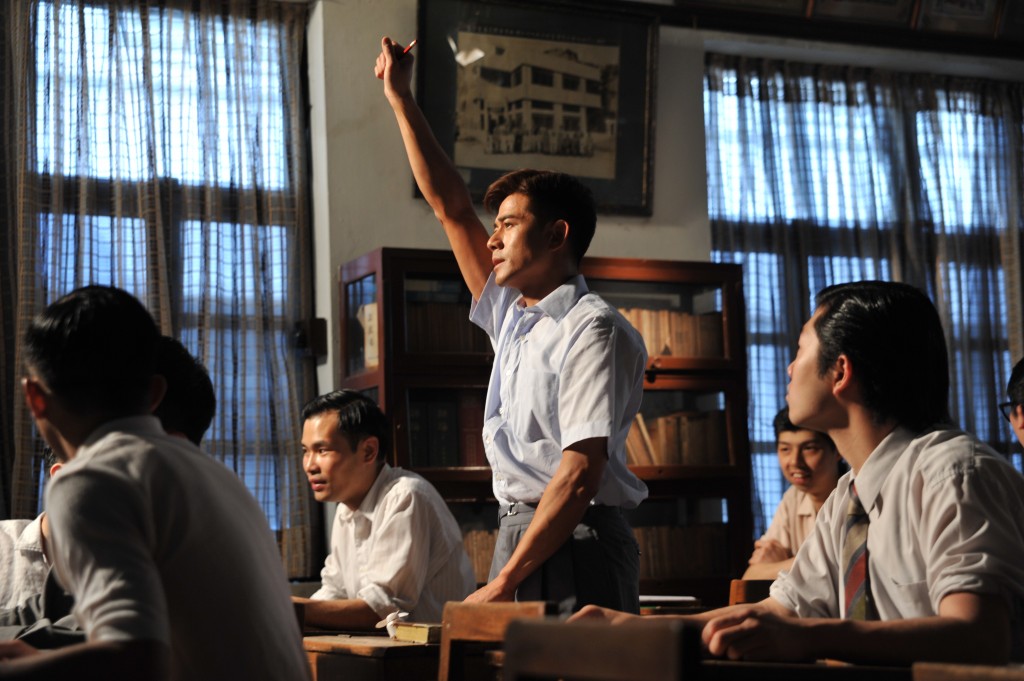 All that aside, the story is completely engaging as it charts this “mixed-breed’s” rise just as British Imperialism begins to fall.  As an historical glimpse at a pivotal time for modern Hong Kong, Ho succeeds in bringing us the city’s not often explored sea change of two decades earlier. That alone makes it worth the watch. But “Floating City

” also works on the human level of striving to carve your path in a society controlled by wealthy white men, while trying to provide for a struggling family.  In spite of his eight year absence, Ho still manages to deliver the best of both worlds. 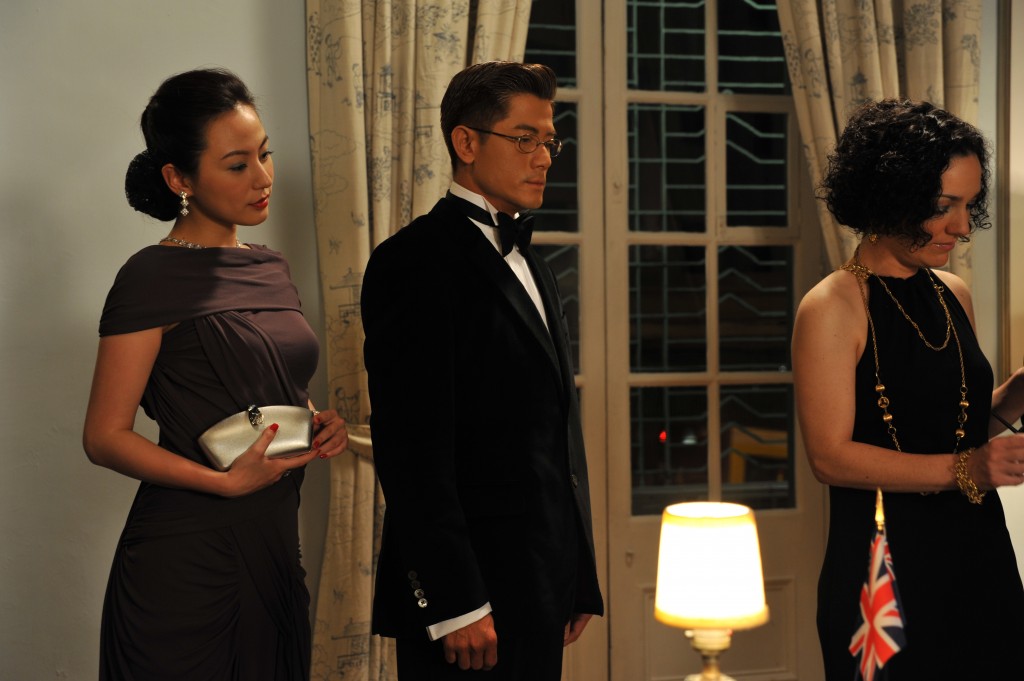 Once again, Well Go USA manages to put out another amazing looking Blu-Ray.  Shot digitally, the picture is crisp and clean, with the smallest details shining through.  For example, you can see the texture of the wire on a hearing aide, the pores on a character’s face, or dust on a hardwood floor. Colors are bold and at times appear enhanced for effect such as a “perfect” sunset or a storm at sea… not looking completely unlike the CG-heavy “300″.  Fortunately, this doesn’t happen very often and when it does, it doesn’t pull you out of the film.  On the whole, the presentation here is gorgeous.  The same can be said for the sound. “Floating City‘s

” Cantonese 5.1 DTS-HD MA surround track is extremely well done.  While the film is mostly dialogue (which is clear as a bell), there are times, such as the storm, that thunder out from all 5 channels and give your sub a nice showing.  Ambient noise like rainfall or passing cars, as well as the score do a great job of coming through the side channels and give a great sense of space.  Aside from movie ads and the theatrical trailer, there are no extras.

” scores a 3 out of 4 angels… not only for it’s nearly flawless presentation, but for it’s engaging and enlightening story.  Sure, there are times of cheesiness, but on the whole, performances range from acceptable to really good.  If you want to learn a little about another culture and be entertained in the process, this one’s worth your time.