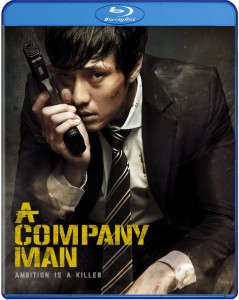 Back in college, I took a beginner’s Japanese class.  I remember learning that a white collar businessman is called a “Salary Man”. I guess it’s similar to calling someone a “businessman,” but in my mind, I always thought that Asians regard this class of worker differently than Americans.  In reality, I think we both look at them as the drones that keep the economy running… only one seems to hide their discontent better than the other.  In any case, when I watched Lim Sang-Yun’s “A Company Man

“, I kept hearing the word “Sarariman” over and over in my mind.  While most cubicle-bound businesspeople doing the 9-to-5 may claim that the job is killing them, I don’t think many have meant it literally.  Here, it is quite literal… and quite exciting.

Ok, lest I give the wrong impression with my opening paragraph, “A Company Man

” is not a Japanese film, but rather a Korean one.  If there’s one thing Korean cinema does right, it’s action and this film is loaded with it.  Ji (So Ji-sub) goes to the office day in and day out.  Like any other company job, the place is loaded with politics, cubicles, and lousy middle-managers. But this isn’t like “Office Space

“, this is a more cut-throat environment. Literally.  The company actually deals in murder and Ji is it’s star employee.  As a matter of fact, he’s just been promoted to Director of Sales.  The titles are bunk, but the ranks are real as this company made up completely of contract killers is structured like a real corporation.  When Ji falls in love with a former singer (Lee Mi-Youn) he begins to plan his “retirement”.  However, the company refuses to lose it’s finest.  Before he knows it, the Chairman puts a contract out on his head and if Ji wants to get out alive, he has no choice to but to create his own severance package. 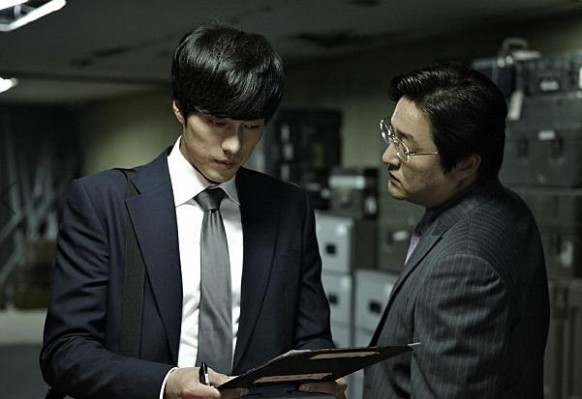 In some ways “A Company Man

” is the darkest satire I’ve seen in recent days.  Everything about this company (which fronts as a metal manufacturer) is like a certain paper manufacturer in Scranton, PA.  There’s the manager who tries to be everybody’s pal, but is liked by none.  Cheesy group picnics are held to celebrate a promotion.  Employees are considered temps before scoring full-time positions and even then are jockeying for raises. This isn’t like a normal celluloid crime syndicate and as such, you can see the reflection of everyday life in it.  When the proverbial “shit hits the fan”, again you can see bits of reality.  The burned out guy who goes postal on the office or a businessman who jumps out of a window (though in this case, he’s thrown). Lim Sang-Yun uses the film as a commentary on an increasingly stressful corporate environment full of 70 hour work-weeks, employees being separated from their families for longer periods of time and the loss of one’s personal identity to the company.  The killing scenes serve as an exciting diversion, but the statement remains: these white collar jobs can in fact be murder on the soul. 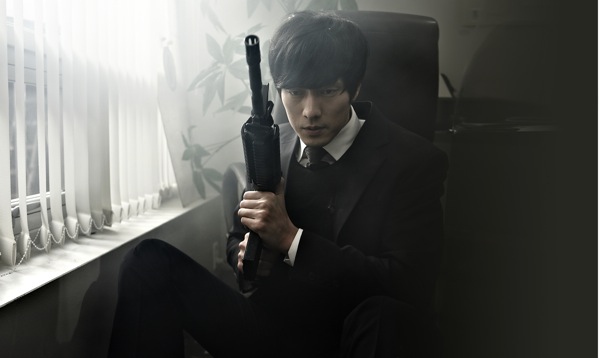 In spite of all this, the film really shines in the action department.  Fight scenes, are fast-paced, intense and extremely well choreographed – especially in close quarters.  When Ji realizes his subordinates are not driving him back to the office, but rather carrying out orders to kill him, he fends off two hitmen in the back of Hyundai (the Mercedes-Benz for Korean mobsters).  Every movement is carried out with incredible precision… like acrobats with .45′s.  These guys are professionals, so “bang, bang, you’re dead” just doesn’t cut it.  Every hit goes down with theatricality and keeps you at the edge of your seat.  The acting is terrific across the board, starting with the incredible So Ji-sub, who is steely and cold, but softens as he opens up to the idea of finding love. Kwak Do-won is so hateable as the worthless manager Gwon Jong-tae, who holds no respect from his superiors or his underlings.  His violent streak makes Bill Lumbergh look like someone you’d want to be stuck on a desert island with.  Lee Mi-youn also stands out as the single mother who’s dreams were crushed early in life and struggles daily to keep her family taken care of.  The quality of the acting keeps you interested in the characters between murders making “A Company Man

” far better than your average actioner. 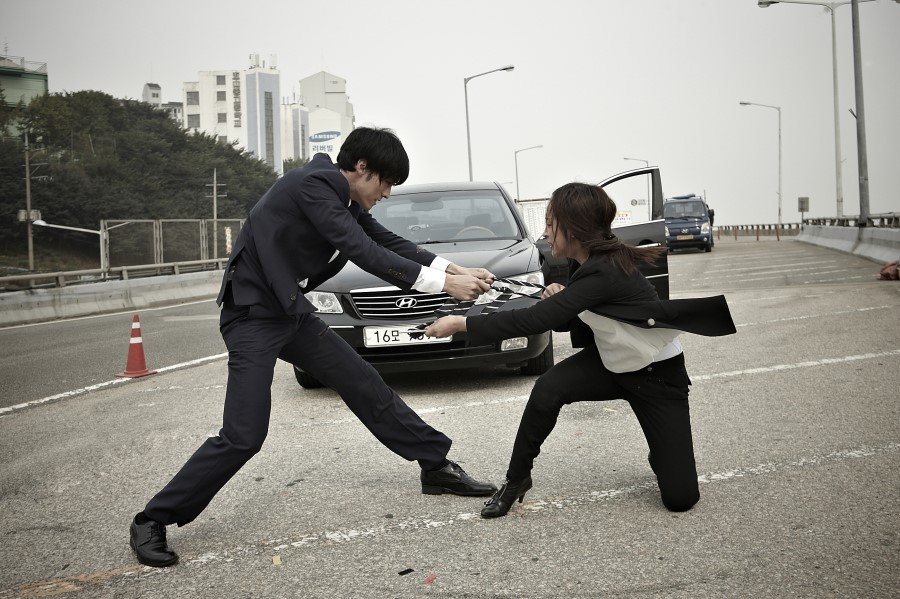 Not surprisingly, Well Go USA has again knocked it out of the park with picture quality.  The Blu-Ray is crisp and clean and just gorgeous to look at.  However, I did experience a few moments of choppiness (for example, cars stuttering across a freeway,) but those moments were few and far between.  The soundtrack is a beautifully mixed Korean DTS-HD MA 5.1 track.  The filmmakers made good use of the surround with ambient sounds and music coming through all channels.  There’s a real sense of space and depth in the scenes as the side channels are used often throughout the film.  Dialogue comes through clearly from the center channel, though it’s only in Korean.  There is no English dub option.  The disc extras are hardly existent with only a very short (and non-informative) “Making of” featurette as well as the theatrical trailer. Of course, there are some ads for other upcoming releases as well.  I know it would’ve been difficult to pull off with the language barrier and all, but I would have loved to have heard a Director’s commentary on this one.

” gets 3 out of 4 angels for being good old ass-kicking fun.  The story will keep you engaged from one high octane fight scene to the next, but I found myself wanting more in the “extras” department.  But even if you’re new to the Korean movie scene, “A Company Man“

is worth the performance review.