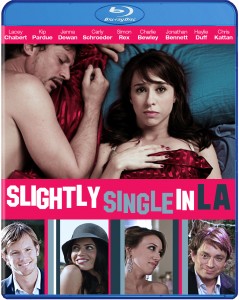 The story, or lack thereof, revolves around Dale (Lacey Chabert), a 20-something Angeleno transplant straight from “Anytownwhereloveishardtofind, USA”. When her fashion photographer boyfriend JP (Simon Rex), impregnates a model she finds herself single again. Oh no! How will a girl who looks like Lacey Chabert EVER find a guy in LA?? Armed with the support of her stereotypical LA model/actress girlfriends and stereotypical gay LA roommate, she sets out to find love in stereotypical Los Angeles. Date after date and dud after dud, Dale realizes a meaningful relationship can’t be found in a trendy restaurant or a hip new nightclub… it’s found in Zach (Kip Pardue), the guy who’s been there all along. *Sigh* And you know it’s true love because she’s known him since before he was a famous rockstar who’s a “shoe-in for the Rock and Roll Hall of Fame.” 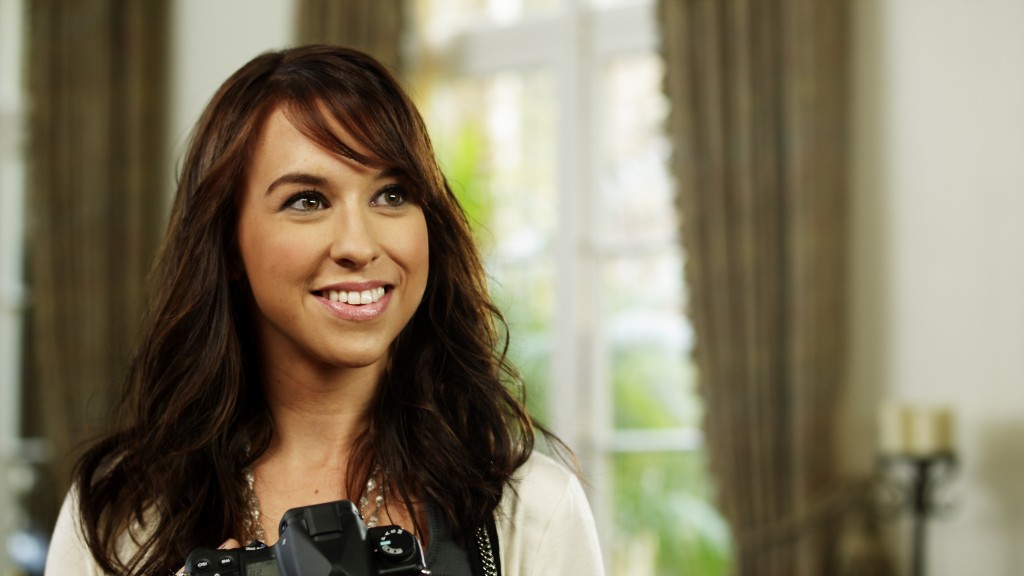 Aside from a script that relies too heavily on freeze-frames and voiceovers to try to be funny, “Slightly Single in LA

” feels like it was shot as a USC senior film thesis. Granted the budget was an estimated $2 million, but it just looks cheap… like only-a-touch-above-soap-opera cheap. All too often, a scene lingers in one location as the gang raps endlessly about a date gone wrong or yoga or whatever. To make things worse, pantomiming background actors seem randomly and unrealistically clumped together all in the foreground- so the LA in this movie is always inhabited… but only within 2 feet of the cast. 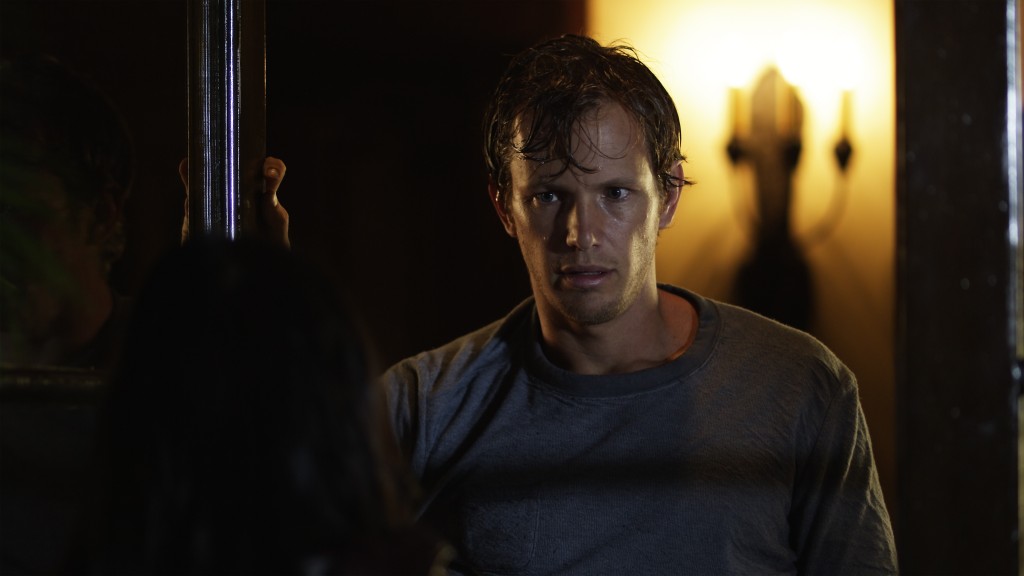 Zach (Kip Pardue) is the love that’s been there all along. It’s kind of nice that he’s also a famous LA rockstar.

However, there are a few good notes: Simon Rex is genuinely funny in his role as the sleazy Italian photog, JP. Wearing Eurotrash spandex briefs (occasionally soiled), he’s ready to hump anything that moves. Rex plays his character like a goofy cartoon, poking fun at the stereotype, but keeping him kind of lovable at the same time… like Pepe Le Pew with a foot fetish. By comparison, every other would-be suitor for Dale is just made up of annoying habits. There is no personality, we just see the worst of the health conscious pretty boy or the… well, come to think of it, I don’t remember her going on any other ACTUAL dates in the movie. “Slightly Single in LA

” is every bit as vapid and cliched as it claims the city to be… which is a bit cliched in itself, no? Haylie Duff gives a suitable performance as Jill, the friend who’s about to be married but isn’t sure she’s making the right choice… then again, she’s the only one who’s ever actually forced to show any real emotion during the movie. Lacey Chabert is good as Dale; she’s cute and comes across as very natural, but with lines like “What do you think I wished for my birthday? It starts with a ‘Z’ and ends with ‘ach’!”, she’s never given a real opportunity to show what she’s got.

Christie Will’s script is so bad, it sounds like it might’ve have been cut and pasted together from the rejected drafts of various “Clueless

” knockoffs. As a matter of fact, at one point, an actress refers to something as “So Fetch!!!” Aside from missing the mark on humor and being a paint by numbers rom-com, Will’s writing comes across as words from the smartest gal in the room. The only problem is, the room is empty… and the house it’s in is materialistic and shallow. 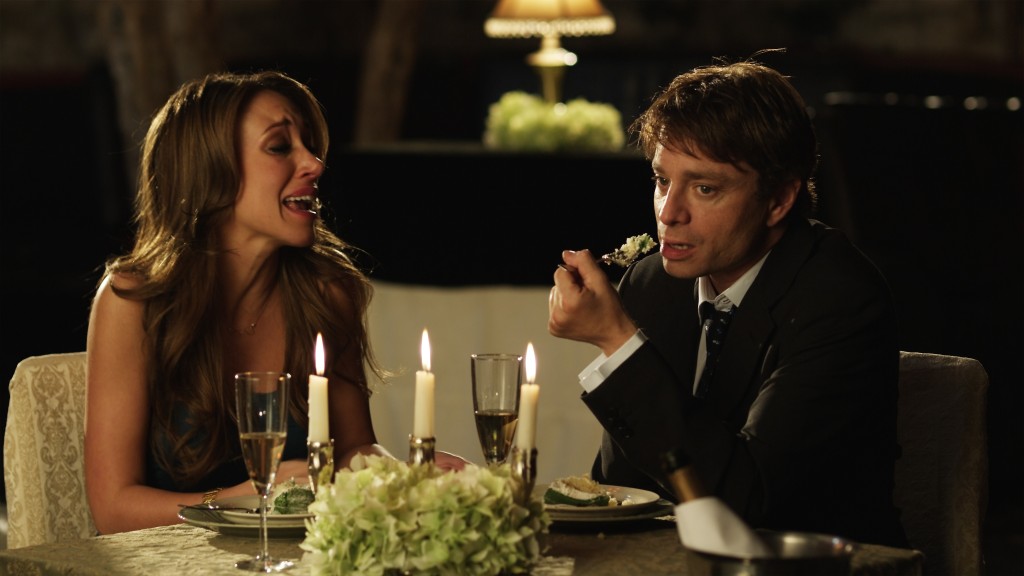 Haylie Duff and Chris Kattan play Jill and Drew, an engaged couple who aren’t all that sure they should be together forever…

Well Go USA did a good job with the Blu-Ray… the picture is clean and sharp, but it does look like a straight to video feature (think: “Sharknado

“). Music is the only time when you really get a good feel for the DTS-HD MA 5.1 surround, as most of the sound mix seem to focus more on the dialogue than any ambient noises. There aren’t many extras on the disc: There’s a “Meet the Director” featurette where Will answers questions about the film. She doesn’t come off quite the way I expected and this, her first feature, was clearly a labor of love. That said, the featurette is pretty much just a talking head of Ms. Will going on about how great her cast was and how they’re all her friends. Also included on the disc is the film’s trailer, which is pretty much the entire movie cut down to a more palatable 2 minutes and 19 seconds.

” is a somewhat grating half angel experience. Despite decent acting and an attractive cast, the awful script and unlikable characters make it hard to sit through. I’m sure “Slightly Single in LA

” has an audience, but they’re likely too busy texting on a bedazzled Galaxy S 4 in a crowded movie theater somewhere to actually watch it.