MOVIE 43 Promises At Least That Many Belly Laughs (Film Review) 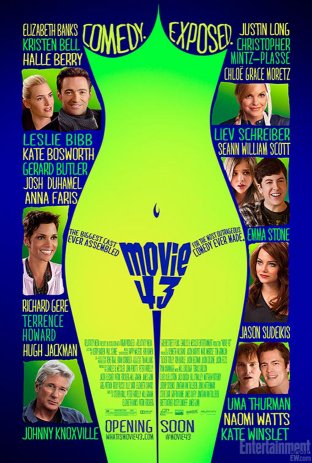 *In my best movie trailer narration voice* In a world where trailers reveal entire movie plots in 30 seconds, one movie dares to be indescribable: MOVIE 43!!!

Honestly, the give-it-all-away-wrapped-in-a-green-band-syndrome plagues Hollywood, but can you blame marketing execs for their spoiler-free shills?  Most people don’t want to risk $12 on something that could stink, but they’re more than happy to shell out for a story they’ve enjoyed before.  When I invited a friend to catch a screening of Relativity Media’s latest film, he said he hadn’t heard of it and wasn’t interested. I tried to sell him on what little knowledge I had of the picture: “It’s a movie with, like, every actor in Hollywood. Like, everybody.”  My valley girl pitch must’ve struck some sort of chord, because he reluctantly agreed to accompany me.  Lo and behold, 10 minutes later when Kate Winslet finds herself on a date with the perfect guy (who just happens to have a scrotum dangling from his neck), we were both hooked.  Is that gay?

Now when I say the movie is indescribable, that’s not entirely true.  ”Movie 43″ is a series of vignettes loosely framed by a pitch from washed up screenwriter Charlie Wessler (Dennis Quaid) to industry exec Griffin Schraeder (Greg Kinnear).  Each sketch gets crazier and crazier, jumping from the awkwardness of dating to the absurdities of our iWorld, from the problems with homeschooling to how to deal with your first period. The star studded cast includes Christopher Mintz-Plasse, Elizabeth Banks, Hugh Jackman, Emma Stone, Seth MacFarlane, Uma Thurman, Jason Sudeikis and Richard Gere – only to name a few.

Just as star-studded is the list of directors brought on board to helm the different sketches: Bob Odenkirk, Brett Ratner, Peter Farrelly, Griffin Dunne, James Gunn… the list goes on.  If there’s one thing to be said about “Movie 43″, there is no lack of talent on either side of the camera. 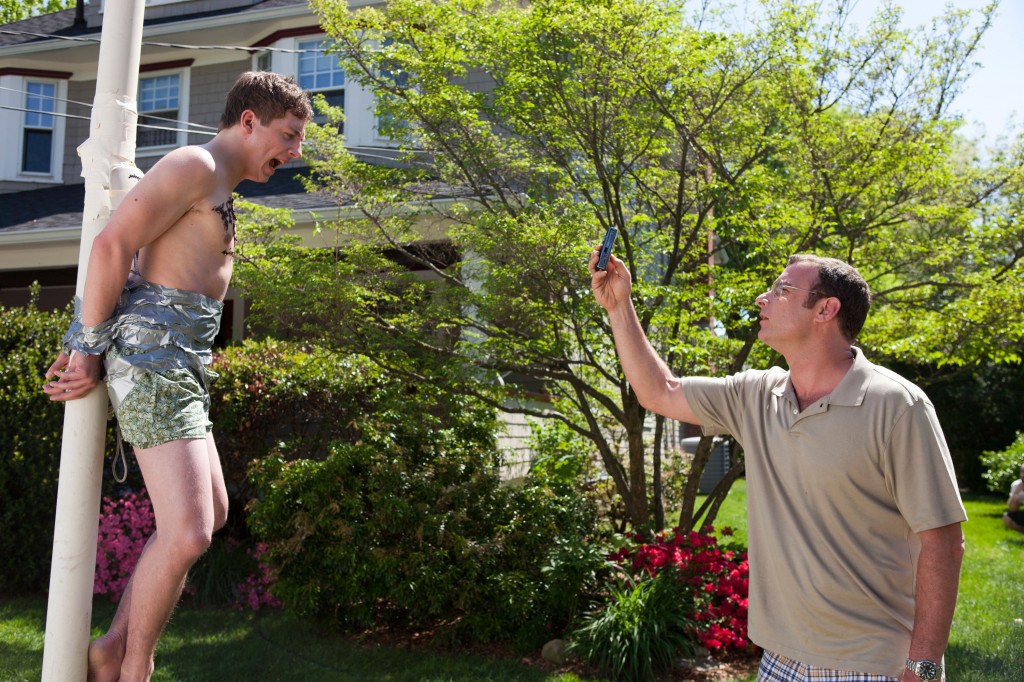 That said, this movie is certainly not for everyone.  It’s worthy of it’s “R” rating, going to “Something About Mary”-esque gross-out lengths.  Some may dismiss it as sophomoric and juvenile, but I found it to be quite the opposite.  The film takes real situations that we all face and amplifies those uncomfotable moments to a proportion so over the top that we can freely laugh at ourselves and the absurdity of our problems.  This is the brilliance of “Movie 43″.

The talent behind each and every sketch are so in tune with human nature, that they can make you wriggle and squirm in your seat not only because you’re connecting with the scenario, but because of the extremes they’re willing to go to.  However the real cherry on the sundae is the dose of movie convention parody injected into each scene. 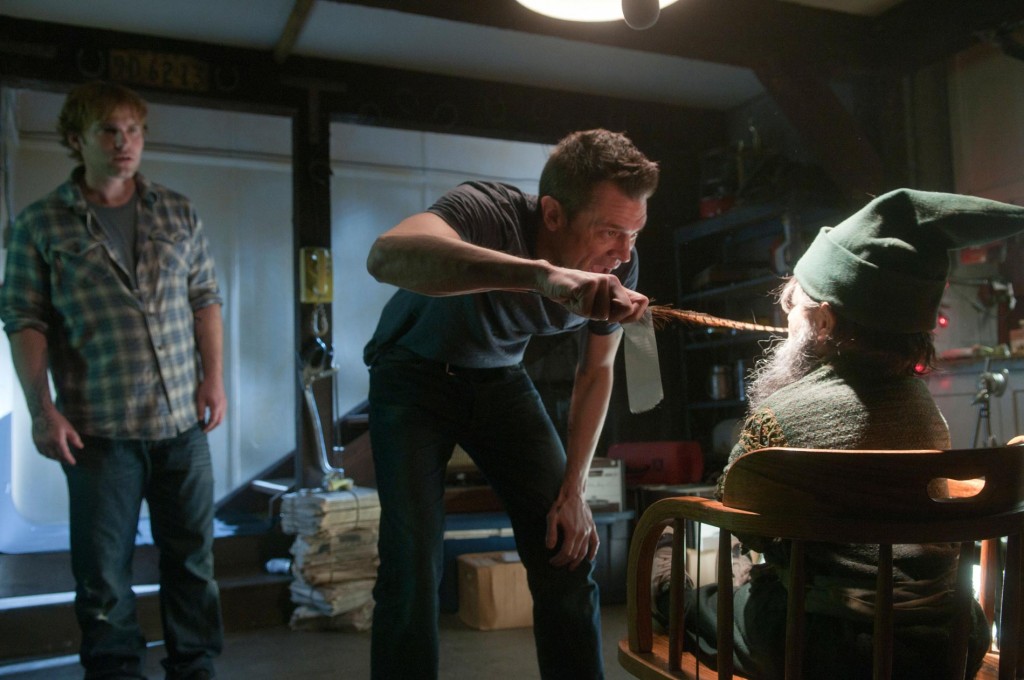 For example, one sketch titled “Birthday” has a man surprising his best buddy with a surprise gift.  Is it a stripper? A prostitute?  We’ve seen similar situations in movies before (“True Romance”, anyone?)… or have we?  It turns out to be a leprechaun tied to a chair and the film quickly shifts gears.  Suddenly these two knuckle heads are beating the little guy mafia-style, until he gives up the location of his pot of gold.  Things get even more crazy, when we see Lucky still has a little fight left in him.

Another sketch features the lovely Emma Stone and Kieran Culkin as exes who have a heated hate/lust-filled interaction at a grocery store that gets so X-rated it would make Max Hardcore blush.  It also happens to get broadcast over the store’s PA system, so when she charges out of the building, the patrons give the obligatory “Go get her” speech to our hero.

I give “Movie 43″ 3.5 out of 4 devils.  It plays out like “Kentucky Fried Movie” or “Amazon Women on the Moon” for a more modern, raunchy audience. As a child of the ’80s, this is the kind of humor that I was brought up on and I think this type of movie is long overdue for a comeback. I’d certainly recommend seeing it in a theater with friends, but it could be just as entertaining on home video with plenty of intoxicants to keep your crew laughing.