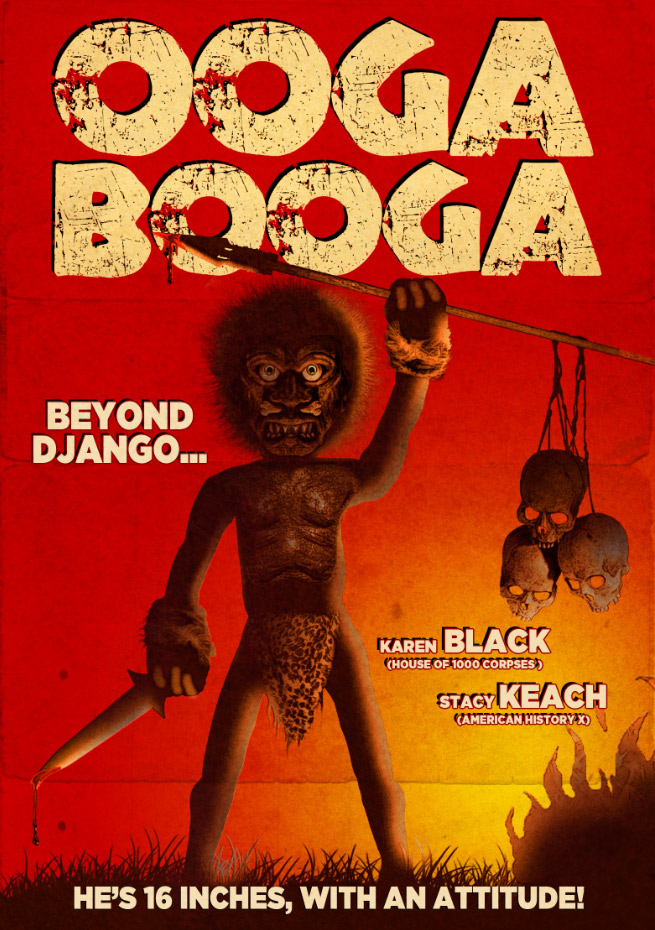 Starting with an episode of his kid’s show, Full Moon Favorite, Hambo (Chance A. Reardon), gets canned for showing up to set drunk.  Now desperate to make a living, he sets out to China to market a line of bigoted “Bad-Ass” dolls.  But before he leaves, he calls his only friend, Devin (Wade Forrest Wilson), a promising young, med school graduate, to stop over and say goodbye.  As a parting gift, Hambo gives his pal a spear-wielding African doll, complete with a bone through its nose. On his way home, Devin stops by a quickie mart for a Slurpie and finds himself in the middle of an armed robbery.  When the thieves kill the store clerk, the young doctor attempts to keep the man alive until help arrives.  Well, help arrives in the form of two racist cops who accuse Devin of being the gunman.  With no evidence to support the claim, the aptly named Officer White guns him down in cold blood.

Fortunately for Devin, the Slurpie machine malfunctions and a sudden jolt of electricity surges through the mixture of spilled beverage and gore.  Magically the African doll comes to life, inhabited by Devin’s soul.  Now, with the help of his girlfriend, Donna (the extra sexy Ciarra Carter), Ooga sets out for bloody revenge on the racist crackers who killed him.  Little do they know, they’re about to climb a ladder of vengeance that goes from trailer trash, to a honky Judge knee-deep in blood money and vice. 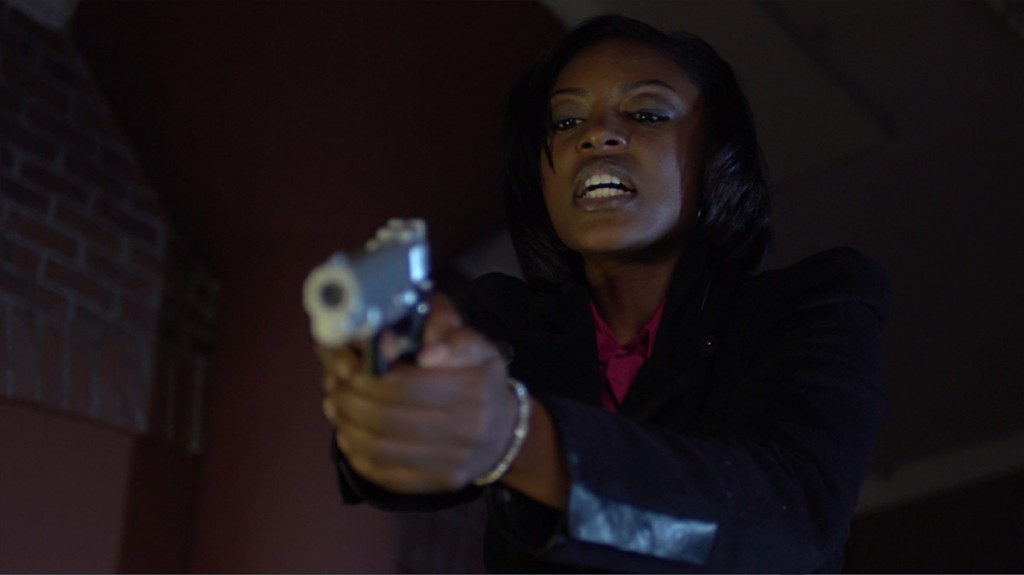 “Zombies vs. Strippers” is referenced several times in the film (aside from the obvious Hambo connection), though it’s not clear how long before the Zombie apocalypse “Ooga Booga” takes place.  Though it clearly resides in that universe, the latter isn’t quite as solid a film as the former.  Although the character “Skeez” (internet star Maddox)  comes close, none of “Ooga’s” characters approach the likeability and charisma of Circus-Szalewski’s “Spyder” from “ZVS”.

As usual, Full Moon does a great with VFX on a shoestring.  “Killjoy Goes to Hell” director John Lechago  is the man behind the visuals and he does incredible work, yet again.  It’s not saying much, but anything you see in “Ooga Booga” is done ten times better than the best “Twilight” film.  For straight to video fare, the production values are really quite strong and in the rare times that they’re not, they still fit the “comic book” motif of Band’s movies. 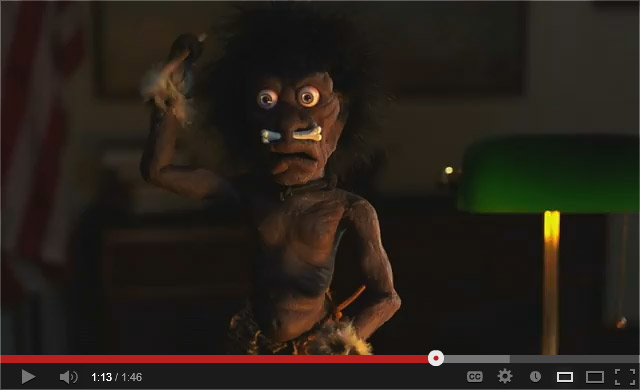 YouTube pisses Ooga off! It’s grindhouseflix.com for streaming his movie or you’ll get the spear!

In true exploitation style, the film’s poster compares itself to “Django Unchained”.  While I don’t know if this is the strongest comparison (as the similarities end at a black man killing whites), it is an interesting angle.  The fact is, “Ooga Booga” really doesn’t say anything;  a no-brainer of a film that uses the fight against racism as an excuse to kill… but who cares?  The subject is approached in a fun and humorous manner.  You could even say it’s topical and on the verge of parody after people decided to make such a fuss over “Django”.  Well, screw that.  While I’m sure most Americans didn’t care, it’s time for the cry babies to grow up and develop a thicker skin.  As an independent producer, it’s Charles Band’s right and (if you ask me) his duty to make films that push buttons.  By making movies outside of the mainstream sensibilities, or the sensibilities thrust on us by the mainstream agenda, pictures like “Ooga Booga” keep things fresh for American audiences and maintain a freedom of choice.

“Ooga Booga” gets 2.5 out of 4 devils.  Not Full Moon’s finest, but still a fun ride and a nice launch for Grindhouseflix.com.  Fans of Band will find it be a good entry to the quickly growing catalogue.  It should also be mentioned that the movie will be rented and sold as a standalone digital download on March 12th if you don’t want to subscribe to the service.  If a physical DVD is more your thing, you’ll unfortunately have to wait until May 21st.