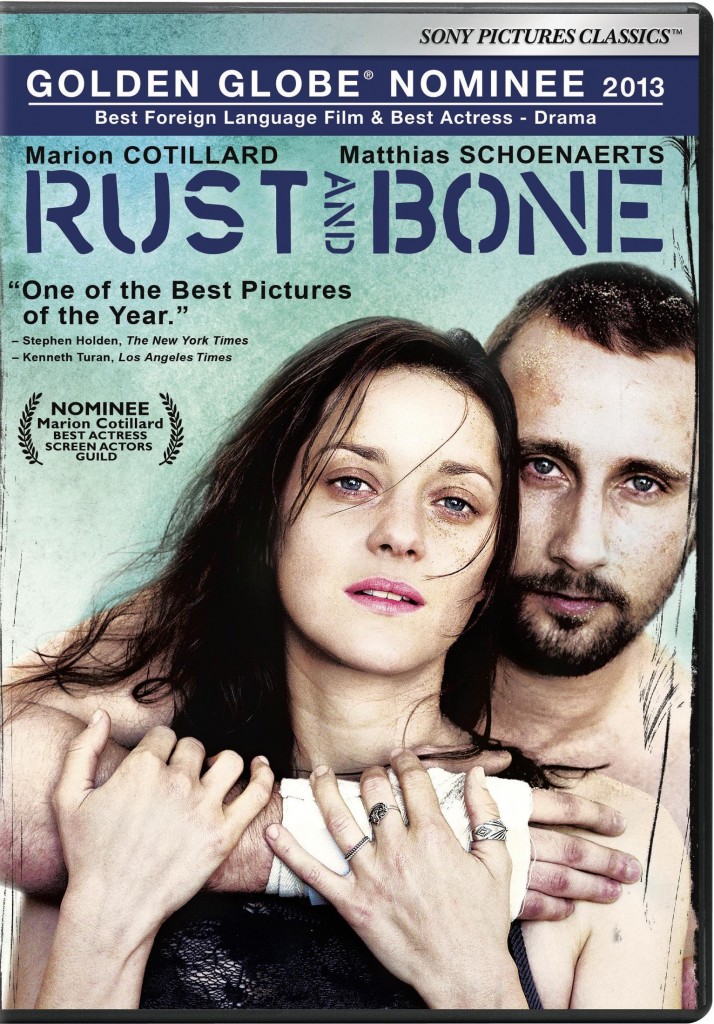 In 2009, French writer-director Jacques Audiard made “A Prophet”, a prison drama about an incarcerated Arab man who becomes a crime boss.  The film was well received the world over, even getting nominated for “Best Foreign Language Film” at the 2010 Academy Awards.  His follow up film, “Rust and Bone”, based on a collection of short stories by Canadian author Craig Davidson  was equally adored.  The film won two BAFTAS and nine Cesar’s and has helped to cement Audiard’s reputation as a filmmaker with cross-Atlantic appeal.  On March 19th, Sony Pictures Home Entertainment brings “Rust and Bone” to DVD and Blu-Ray.  Just don’t expect the feel-good movie of the season;  this is a pretty twisted tale.

Ali (Matthias Schoenaerts), a broke, single father, moves in with his sister and begins searching for work.  Landing a bouncer job in a nightclub, he comes to the aid of Stephanie (Marion Cotillard), who’s being harassed by a drunken patron.  Ali slips the beauty his phone number and the two go their separate ways.  Not long after,  Stephanie, a whale trainer at the local marine park, is injured by an orca.  Losing both legs, she spirals into a depression so deep she attempts to take her own life. With nobody left to turn to in her life, she dials Ali (who, for all intents and purposes, is really still a stranger to her).  The two bond and even begin a sexual relationship, but Ali is irresponsible and refuses to be saddled with any sort of relationship.  This isn’t just in regards to Stephanie either: he’s both a terrible father (who forgets to pick up his son from school because he’s banging skanks at the gym) and a bum who leeches off of his sister, whom he clearly doesn’t respect at all.  The more time they spend together, the more Stephanie’s self-esteem improves, but as her attachment grows, so do Ali’s flaws. Pushing away those willing to love and care for him, will he ever find a way to change before he loses it all? 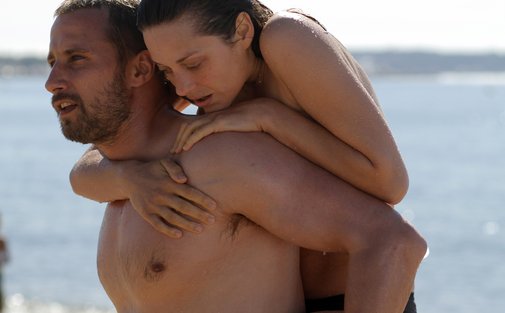 Ali is such a despicable character – a guy with absolutely no redeeming values at all.  When he chooses to become intimate with Stephanie, it’s so emotionless and empty, like it’s just another reason to get off.  Their dalliance doesn’t even seem like a sympathy screw as that would require some sort of feeling.  At one point in the film, Ali finds work fighting in an underground circuit.  Not unlike Jack in “Fight Club” it almost seems like he’s drawn to pain and fighting as a way cut through his emotional numbness; it’s just a way to feel something.  Schoenaerts plays the part beautifully.  His performance is a quiet one, with rage always boiling beneath the character’s surface – a volcano ready to erupt.  He reminded me a lot of Tom Hardy in “Warrior”, always reserved and yet always dangerous.  However, Hardy’s character in that film had some sort of honor code – he was wounded, but still put other people before himself.  Ali is just selfish.  This is why I found “Rust and Bone” difficult to wrap my mind around.  How could anybody like the guy?  What does Stephanie see in him? Why do I even want to see him get his shit together?

That reason is Marion Cotillard, who is positively enchanting as the whale trainer with a wounded soul.  Even before losing her legs, she’s incomplete; only wanting to find someone to love and desire her.  She can convey one thousand emotions through only her eyes and can break your heart with a single, pained smile.  I thought she gave terrific performances in “Inception” and “The Dark Knight Rises”, but she is nothing short of spectacular as Stephanie.  I completely fell head over heels (no pun intended) for this woman, which actually made me hate Ali that much more.  But she’s not only a strong emotional actress, she’s also a strong physical one.  Cotillard’s able to sell the illusion of being legless through her motions, which help us buy that much more into her silent suffering.  Even though she’s got green-screened gams, she hobbles and drags herself around with such effort that you really believe she’s legless.  It’s easy to overlook the skill involved here, but had she under/overplayed it, the whole film’s credibility and dramatic heft would’ve crumbled before our eyes. 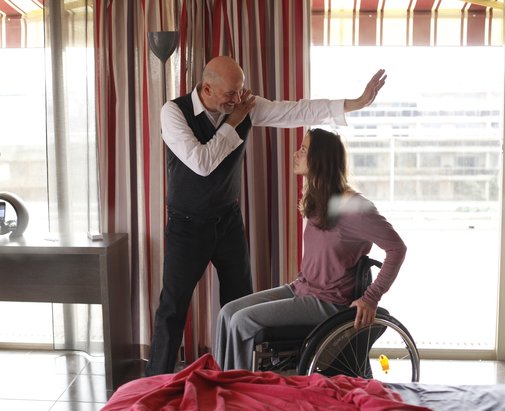 Thanks to Director Jacques Audiard and Cinematographer Stephane Fontaine, we’re treated to a work of visual poetry with gritty, realistic performances and stunning, sometimes surreal imagery.  Particularly breathtaking, is a shot of Stephanie making peace with the animal who crippled her.  She reaches up to the enormous, blue tank where her whale lovingly moves to her orchestration. Another moment of beauty is the finale as Ali literally breaks through the ice of his emotions, destroying his body to save his soul.

“Rust and Bone” was shot on 35mm and while the DVD’s grainy presentation looks like film, I can only imagine the Blu-Ray looking that much more like you’re in a theater.  If bad English dubbing is what you crave, go watch a “Sailor Moon” cartoon, because only 5.1 Dolby Digital French and Spanish soundtracks are available. 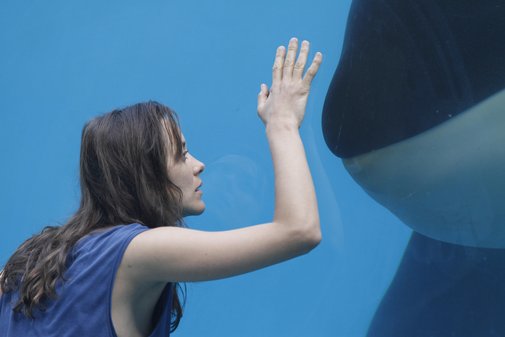 Stephanie and her whale

The extras are the same on the DVD and Blu-Ray versions, with six deleted scenes (plus commentary), the theatrical trailer for the film, a Director’s commentary, and three other featurettes.  Of those three, a VFX breakdown shows Cotillard with and without legs in various scenes which both kills and enhances the magic at the same time.  The talent involved is impressive, but to truly see it, the puppeteer must show the strings.  An “On the Red Carpet” featurette is an extremely short, yet comical introduction to the film at the Toronto International Film Festival by Audiard and translated by his lead actress.

But the highlight of the disc is “Making Rust and Bone: A Film by Antonin Peretjatko” (hardly a featurette with its one hour runtime). The film is informative, going behind the scenes during production and seeing the director in action, as well as getting an up close look at how the visual effects were done.  At one point in the film, Audiard even refers to “Rust and Bone” as “Melo-Trash”.  How great is that?

Like a Bizarro-world Douglas Sirk picture, where happiness is a faint undertone to cold, dark lives, the film is a high-brow guilty pleasure.  ”Rust and Bone” earns 3 out of 4 of its angels, for being an incredibly well crafted film.  I’ve added the extra .5 angel just for being bold enough to be different and proud enough to own the moniker “Melo-Trash”.   Magnifique!