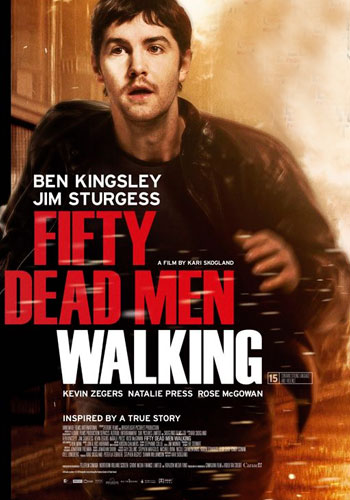 Ireland isn’t all blarney stones and shamrocks. It had long been plagued with violence between Irish Roman-Catholics and British Protestants during a 30 year period commonly known as “The Troubles”. Our 4th day of St. Patrick’s week, we look at Canadian director Kari Skogland’s “Fifty Dead Men Walking” – available now to stream on Netflix, Hulu Plus and Amazon Instant Video. Based on a true story, the film depicts a darker side of the Emerald Isle at the worst of The Troubles. Forgoing shots of rolling green hills in favor of the gritty streets of Belfast, this urban crime drama reminds us, for better or worse, of the very complex history of St. Paddy’s homeland.

Set in the late 80′s, the story revolves around Martin McGartland (Jim Sturgess), a petty crook who makes his living peddling stolen clothes. At this point in time, Belfast is full of British soldiers who constantly harass the young man and his friends. On the other side of the coin, Martin can see the cruel injustice of the IRA. When he’s tapped by British intelligence to basically join up and spy on the IRA, he decides to take the chance. With his neighborhood connections, he manages to infiltrate the group rather quickly and thus begins his new double life. Reporting details of planned terrorist attacks to his handler, Fergus (Ben Kingsley), he foils a number of missions and saves approximately 50 lives in the process (hence, the title). But the deeper he gets, the hotter the heat and when the shit hits the fan, there’s no clear plan to get Martin out alive. With no friends left in the world, he must rely on Fergus’ help to escape Ireland, hopefully saving himself and the lives of his young family. 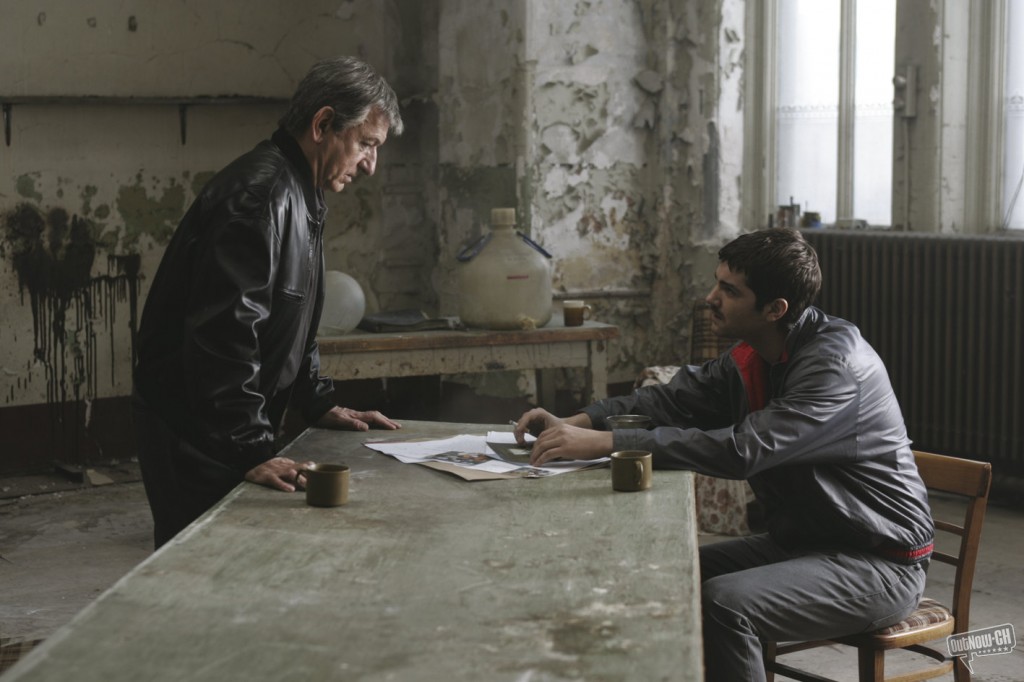 Martin (Sturgess) reports his findings back to Fergus (Kingsley)

Supposedly, the real McGartland who ***SPOILER ALERT*** is alive and in hiding, has publicly disowned this retelling of his life, saying that writer-director Kari Skogland didn’t follow his autobiography much at all. My guess is that she spent more time pulling inspiration from films like “Goodfellas” and “The Departed”. It’ s a story you’ve undoubtedly seem told numerous times, only this time it’s against an Irish backdrop. There’s nothing wrong with that, mind you… these movies are fun; often full of action and tension, perpetuating a romantic perception of espionage. What’s more unusual, however, is having a film like this directed by a woman.

Skogland, who seems to direct mostly television, does an excellent job particularly with intense scenes of violence. One in particular, involves the interrogation and torture of a traitor to the IRA. Martin stands by as the beat the man with a hammer and shock his testicles. The whole time he watches from the shadows, sucking on a cigarette and knowing this is what will become of him, should he be caught. Almost as if to emphasize a threat, he’s then told to kill the man. With a revolver in his shaking hand, he can’t seem to pull the trigger and yet if he doesn’t, he’s sure to be a dead man, as well. It’s a very weighty scene, almost worthy of having been directed by the great Scorsese, himself. 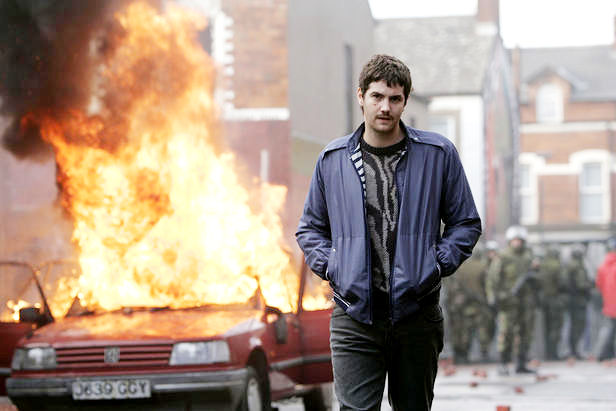 Irish car bombs… not just something to drink.

Sturgess, who in my opinion was perhaps the best thing in “Cloud Atlas”, shows true star potential as Martin. He’s defiant, vulnerable, scrappy and either really brave or really fucking stupid. Almost everything he does comes across as being very real, though his decision to begin this double-cross never feels really fleshed out. The stakes are too high and the promise of money or a car just doesn’t seem enough. Ben Kingsey is his usual chameleon-like self. I’m not sure I’ve ever seen the guy give a bad performance. That said, I felt Fergus was a little too invested in Martin’s life. It could be the fact that I’m used to seeing American CIA types who more or less leave the main character to fend for himself when times get tough, but his actions felt all too fatherly to be realistic to me.

All in all, I give “Fifty Dead Men Walking” 3 out of 4 angels. It’s certainly enjoyable and well executed in its direction, but the story is rather uninspired. Fans of the “undercover gone wrong” genre will enjoy it, but be warned: beneath the guise of Irish historical importance, the movie is just more of the same.