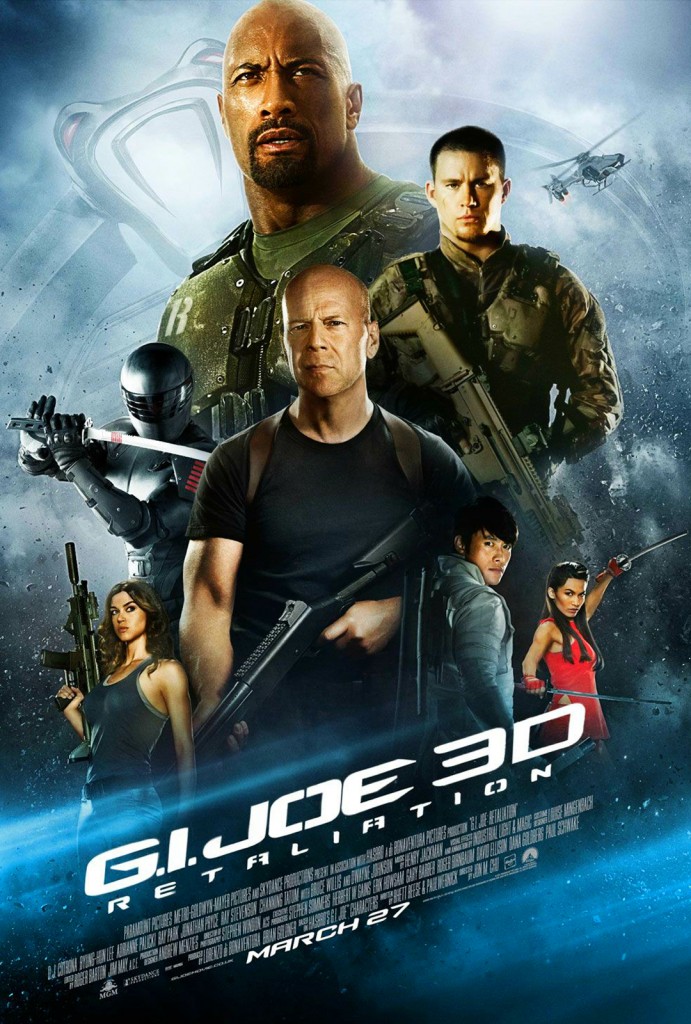 Channing Tatum won me over with his performances in “21 Jump Street” and “Magic Mike”… or at least the Directors and Editors did.  If you want to see the blind leading the blind, go no further than 2009′s “G.I. Joe: The Rise of Cobra”.  In that film, Hollywood’s worst director, Stephen Sommers, succeeds in getting a performance from Tatum that’s as plastic as the toys it was based upon.  Throw on top of that a script full of plot holes, bargain basement VFX and Marlon Wayans and you’ve got yourself a war on good taste.  Fortunately, Paramount Pictures 86′d Sommers and brought in the next wave of Joes.  “G.I. Joe: Retaliation” should’ve instead been titled “Resuscitation”, because that’s exactly what it does:  breathes life into a franchise that all but had its dog tags sent home.

Here’s where things pick up:  Duke (Tatum) and his best bud Roadblock (Dwayne Johnson) are out in the field when an ambush just about wipes out the team.  Under the radar of both sides, what’s left of the G.I. Joes assembles and investigates.  They uncover a plot by the terrorist group, Cobra, involving an imposter embedded in the White House, acting as Commander in Chief (Jonathan Pryce).  With the decoy POTUS setting the stage for a global nuclear war, the Cobra Commander, is now free to hold the world hostage for complete domination.  Little does he know, Roadblock, Lady Jaye (Adrianne Palicki), Flint (D.J. Cotrona) and Snake Eyes (Ray Park) are ready to come out of hiding and set things right. 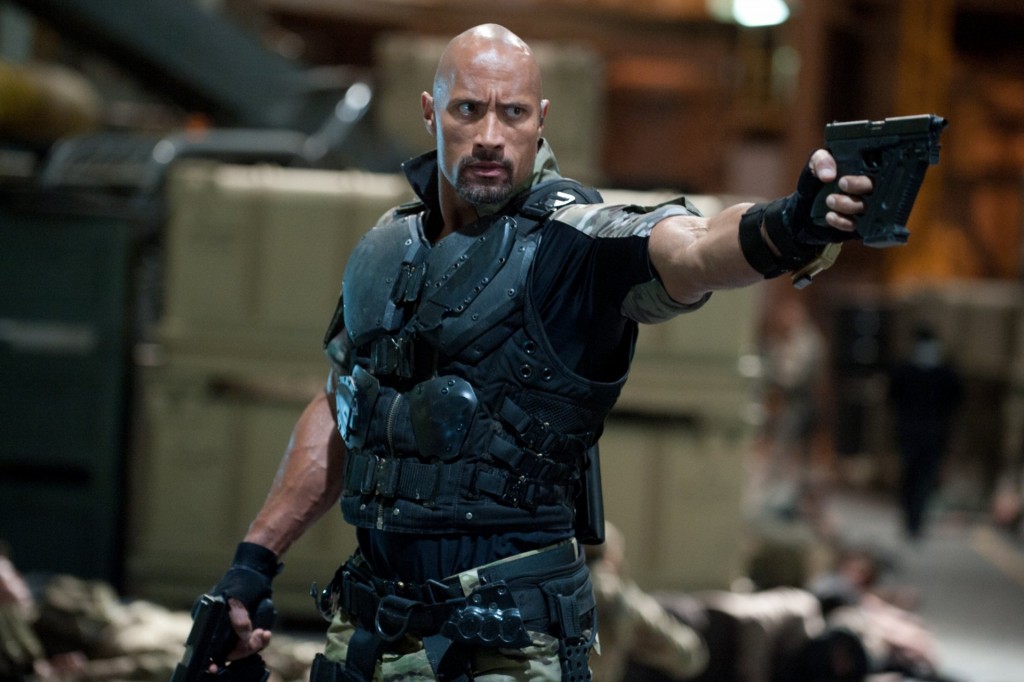 Roadblock (Johnson) is ready to bite the head off of the snake.

It’s a pretty simple story that’s not unlike most of the “Mission: Impossible” movies that have Ethan Hunt disavowed, but it’s well told.  Or at least well enough.  The glaring failure of the first installment could do nothing but make the sequel shine that much better – regardless of expectations.  But the dialogue is both playful and a little more realistic.  Anyone who cringed at exchanges like “You and what Army?” “MY Army!” in the first film will like “Retaliation’s” Roadblock advising Duke that he needs better catchphrases.

Director Jon M. Chu, best known for the last two “Step Up” films, has the unenviable task of inheriting a film that has its predecessor working against it.  I think it’s safe to say that all we ever wanted from a G.I. Joe movie is a halfway decent actioner with cool vehicles and the familiar characters we grew up with.  It didn’t have to be Citizen Kane (nor should it be), but it shouldn’t be insulting to the intelligence of the fans who had better adventures with the toys in their backyards. Just because you’re making a live-action cartoon, doesn’t mean you need to aim it exclusively to eight year olds.  Thankfully, Chu is able to deliver on the promise that Sommers never could.  Yes, there are better action movies out there, but there are also plenty worse.  Let’s face it, “G.I. Joe: Retaliation” is more about nostalgia and blowing things up than reinventing the wheel… and as far as I’m concerned, there’s nothing wrong with that. 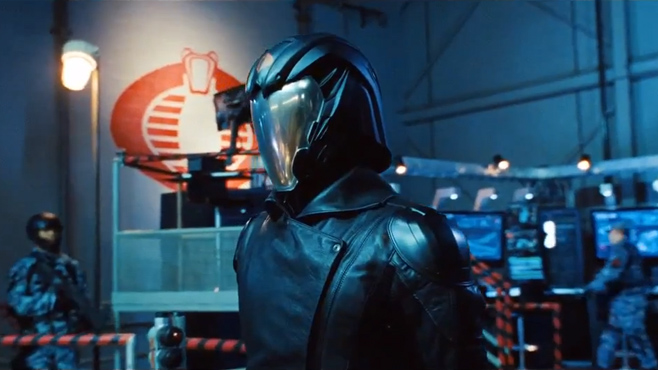 Cobra Commander just as you remember him.

Speaking of things that go “boom”, Chu is able to step up the franchise’s special effects, too.   Though CG explosions seem to be in vogue right now (see “Die Hard 5″), “Retaliation” uses computer graphics to blend well with practical effects, giving the movie a more natural feel.  Nothing ever stands out as being CG or phony, even if there’s no question that it was. One particular scene has Snake Eyes fighting an army of ninjas while repelling down a mountain.  It’s certainly one of the more breathtaking action scenes to hit theaters in awhile and never feels like it was done in front of a green screen.  Of course, it never hurts having an actor who’s skilled in stunts like Ray “Darth Maul” Park to help sell such a scene.  But really, without great, expensive-looking action a movie like this is nothing and the filmmakers clearly kept that in mind this go-round.

In the end, “G.I. Joe: Retaliation” is a generic action movie with brand-name characters.  It gets 3 out of 4 devils for being as delicious as the popcorn that accompanied it.  I highly recommend seeing it on the big screen, with big sound in all of its 3D fun.  This isn’t a movie that will change your life, but it might’ve rocked the world of the eight year old you.