LUV available on DVD 4/2 from The Indomina Group

The question is as old as time itself: What is love?  Some may respond, “It’s the link between a parent and a child.  Others may say , “It’s the bond shared with a spouse.”  Internet memes will answer, “Baby don’t hurt me. Don’t hurt me, no more.”

All joking aside, there are many different kinds of love – but in the case of Sheldon Candis’s film “LUV”, we look at a mentorship; a young boy being brought into adulthood by an uncle.  Nominated for the Grand Jury prize at the 2012 Sundance Film Festival, “LUV” debuts today on DVD.  But the real question to be asked: Will you be giving it any love?

Basically, this is the gist:  11 year old Woody (Michael Rainey Jr.) is being raised by his Grandmother when his Uncle Vincent (Common) returns home from an 8 year stint in prison. A former drug dealer, Vincent is determined to go straight and open a crab shack in Baltimore.   Unfortunately, that’s going to be a lot harder than he thought.  One morning, Vincent allows Woody to play hooky from school and tag along to see how a grown man conducts business.  The boy jumps at the chance to spend time with his new father figure, but before long the ghosts from his Uncle’s past come out to play.  Before he knows it, Woody gets an education on street life and is forced to grow up faster than he ever thought possible. 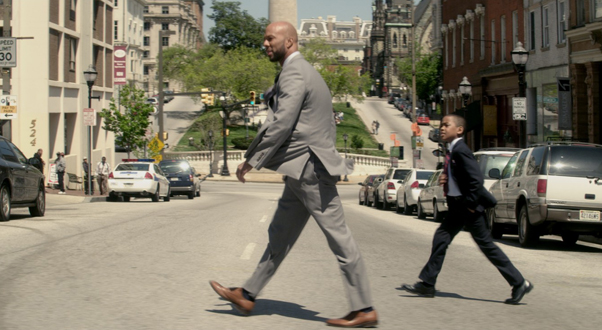 For a low-budget indie, “LUV” is certainly impressive.  Shot on digital with a Red One MX, costs were kept down, but picture quality is as good as you can get short of shooting film stock.  Director/Co-Writer Sheldon Candis also manages to get some added production value with some pretty big names on board.  In addition to Common the film stars Danny Glover, Charles S. Dutton, Dennis Haysbert and Meagan Good all of whom certainly add the star power and acting chops of a larger film.  Glover and Haysbert are magnificent together, but Common is the one who really stands out.  He’s extremely charismatic and goes through the whole gamut of emotions with Vincent, yet he may actually be too good for this movie (more on that in a second).

One of the main flaws here is young Michael Rainey Jr., who has the unenviable task of carrying the heart of this film.  It’s difficult to get a good performance out of a child actor.  Even if you get a passing performance, the bar is raised that much higher in a coming of age film where you need to squeeze emotion from your audience.  While Rainey Jr. does OK, he sounds like he’s spitting out memorized lines and his facial expressions (when he has them) seem forced and unnatural.  When the film hits its final act, this innocent young boy being raised by Grandma is thrust into a life of drugs, crime, gangstas and violence and he just doesn’t slide into it.  This is due in part to poor writing (though the first two acts are fairly solid and engaging), but he’s simply not a good enough actor to cover up for it.  Back to Common:  many of the heavier scenes are played between him and Rainey Jr., so the mismatched performances seem to stand out even more.  By the time we reach the end (and it’s only been one day) everything has gotten so big, so fast; it’s almost absurd with an 11 year old driving himself around in a Mercedes and running around nude in the woods like a visual poem gone wrong. 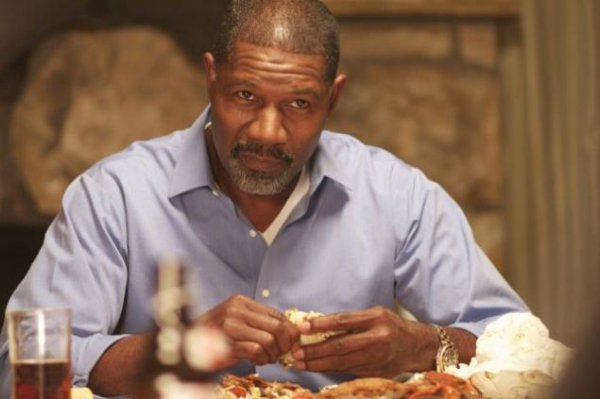 All that aside, it’s still better than many independent films on the festival circuit and definitely worthy of distribution.  The Indomina Group does a fine job with the disc’s picture quality, looking clean and crisp (though the Redcode RAW 4.5k negative may have had a hand in that).  Colors are rich and warm in the gentler scenes and cold and steely in harsher ones.  The soundtrack is just a stereo mix, but it does the trick.  Extras are fairly barebones with mainly Director and Writer commentaries, a “making of” featurette and a handful of deleted scenes.  There’s also a theatrical trailer and what seems to be two internet spots where Common and Michael Rainey Jr., repectively, talk about what “LUV” means to them.

“LUV” earns 2 out of 4 angels for some really good performances and a fairly strong start.  Unfortunately, the film starts to buckle by the end and it’s believability starts to wane.  Maybe it’s a little too ambitious for its own good, but you can tell there was a lot of heart behind “LUV”. Iin the very least it’s a decent calling card for Candis and a hell of a reel for Common.