One has to be skeptical when reading that a film is based on or inspired by a true story.  It’s almost like buying juice boxes: how much of the stuff is real?  This one’s 10% juice, this one’s 20%… this one is 100%, but it’s been diluted with apple juice.  How much really occured and how much is the result of “artistic license”? There’s clearly a bit embellished upon in Lavinia Currier’s “Oka!”, coming to Blu-Ray 10/22.  Based in part on ethnomusicologist Louis Sarno’s book “Last Thoughts Before Vanishing”, the film takes us on a beautiful, humorous and sometimes trippy journey through Central Africa. In some ways it reminded me of an episode of “This American Life”… but with elephant steaks and a whole lot of smoking. END_OF_DOCUMENT_TOKEN_TO_BE_REPLACED

Walter White has done what poor, old Stephanie Tanner couldn’t – he’s single handedly made meth pop culture’s drug du jour.  Need proof?  You could run out to Best Buy and check out “Grand Theft Auto V” with its meth dealing anti-hero Trevor.  Better yet, you could go half way around the world to Hong Kong and scope Johnnie To’s new action thriller “Drug War” to see how far this trend has gone.  What? You don’t want to hop a flight to Asia?  You’re in luck!  On 10/15 Well Go USA brings the film to Blu-Ray, right here in the States.  This badass film is fun, exciting and violent… and while it doesn’t share much with “Breaking Bad”, you might think of it as a Hong Kong movie version of “GTA”. I don’t think anybody would complain about that. END_OF_DOCUMENT_TOKEN_TO_BE_REPLACED 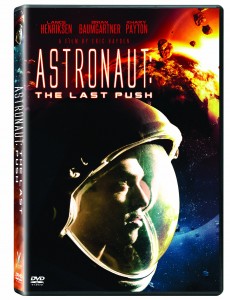 With “Gravity” pulling everybody into theaters over the last few weeks, it looks like space movies are making a comeback.  I mean, what better setting for a high-tension drama than an infinite void that could suffocate or crush you at a moment’s notice.  Space is one bad motha and since we don’t know all that much about it, that makes it even more intimidating.  In “Astronaut: The Last Push”, available now on DVD from Vision Films, we join a crew of two looking to explore the vast unknown… and naturally things don’t go as planned. END_OF_DOCUMENT_TOKEN_TO_BE_REPLACED 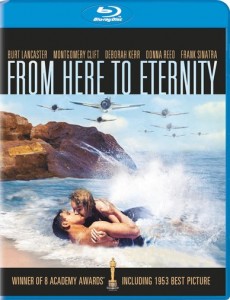 Sixty (!) years ago, Columbia Pictures released Fred Zinnemann’s “From Here To Eternity”.  Based on the novel by James Jones, the picture scored thirteen Academy Award nominations and won eight of them… including Best Supporting Actor for Frank Sinatra.  It essentially resurrected Ol’ Blue Eyes’ film career, though he had to lobby awfully hard for the part.  Remember the horse head in “The Godfather”?  That was rumored to be based on Sinatra’s audition.  Is that what really happened? Who knows… but he’s good, nonetheless. See for yourself, as Sony Pictures Home Entertainment has just released “From Here To Eternity” in dazzling Hi-Definition.  If you enjoy classic movies or just want to see “The Chairman” beat Ernest Borgnine with an actual chair, this one’s worth your time. END_OF_DOCUMENT_TOKEN_TO_BE_REPLACED

, written and directed by Seth Rogen and Evan Goldberg, falls squarely in the middle of that spectrum. Like a comedy-version of Soderberg’s Ocean’s Eleven, the film succeeds on the chemistry of its cast, whose madcap performances liven up the mediocre material. END_OF_DOCUMENT_TOKEN_TO_BE_REPLACED 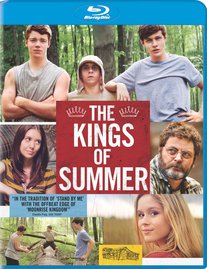 ” will arrive on Blu-Ray and attempt to run away from responsibility, heartache and the cold autumn of adulthood. END_OF_DOCUMENT_TOKEN_TO_BE_REPLACED 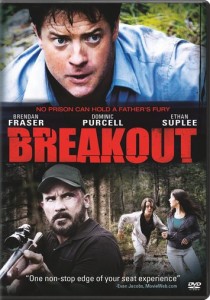 Seriously… what ever happened to Brendan Fraser? After “Furry Vengeance”, he more or less disappeared. How bad could that movie have been?? Honestly… now I really want to find out. But in any event, the guy was in some pretty big films and then *poof* he’s banished to straight-to-videoland. Well, I actually don’t mind the him… and I’m a sucker for comebacks; I want to see a Brendan Fraser revival, damn it! Well, on 9/17 “Breakout” hits DVD courtesy of Sony Pictures Home Entertainment. The dramatic actioner, which was also produced by Fraser could be the first step towards bringing my hopes to fruition. Or… maybe not. END_OF_DOCUMENT_TOKEN_TO_BE_REPLACED

It’s pretty safe to say… no, it’s very safe to say that Chow Yun-Fat is one of the biggest badasses ever to grace a movie screen. The man has well over 100 films to his credit going back to the ’70s. From his work in John Woo’s Hong Kong pictures, to more recent Hollywood blockbusters, he’s shown an international appeal that few actors are able to achieve, much less maintain. For this reason alone, Mr. Chow must have been the only choice to star in Wong Jing’s new film “The Last Tycoon”, available on Blu-Ray 9/17. Part “Casablanca”, part “Grand Theft Auto”, he plays a gangster in 1930′s Shanghai at the top of his game, exuding a ruthless calm that only comes from years of being the baddest around. This is far from Chow Yun-Fat’s first rodeo, but he’s still riding hard. END_OF_DOCUMENT_TOKEN_TO_BE_REPLACED 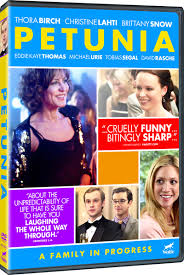 “. Available on DVD on 9/3, this little indie sports some razor sharp dialogue and a superb cast that delivers some of the best performances I’ve seen in awhile. If you’ve ever considered your family to be insanely dysfunctional, Christian’s Petunia clan, with all of their eccentricities and sexual hang-ups, are sure to make you feel better about the ones you love (and maybe even the ones you don’t.) In the very least, you’ll feel better about your sex life… END_OF_DOCUMENT_TOKEN_TO_BE_REPLACED

is so engrossing, you won’t have time to think of it. END_OF_DOCUMENT_TOKEN_TO_BE_REPLACED