Congratulations to the winners of our “The Last Tycoon

” Blu-Ray giveaway! We’d like to thank all who entered, but only 2 could walk away with the loot. Each will receive a copy of the film courtesy of the good people at Well Go USA.

Were you one of the chosen ones?  Click “READ MORE” to find out! END_OF_DOCUMENT_TOKEN_TO_BE_REPLACED

Enter to win THE LAST TYCOON on Blu-Ray!!!

Enter to win THE LAST TYCOON on Blu-Ray from Well Go USA and Cinema Judgement Day!

Get ready to rule the Traids in 1930′s Shanghai with “The Last Tycoon”! Cinema Judgement Day and Well Go USA are giving away 2 copies of “The Last Tycoon” on Blu-Ray. Tracing the rise of Triad leader Cheng Daqi (Chow Yun-Fat), this film has it all: action, romance, humor and suspense… what more could you ask for? Entering is easy: Just send an email here with “Tycoon” in the subject line and the address you’d like the prize sent to in the body.  The contest runs 9/18/13 through 9/25/13. At the close, two winners will be randomly selected and notified via email, then announced on the CJD website. As always, only one entry is allowed per person and the contest is only open to US residents. Good luck!

It’s pretty safe to say… no, it’s very safe to say that Chow Yun-Fat is one of the biggest badasses ever to grace a movie screen. The man has well over 100 films to his credit going back to the ’70s. From his work in John Woo’s Hong Kong pictures, to more recent Hollywood blockbusters, he’s shown an international appeal that few actors are able to achieve, much less maintain. For this reason alone, Mr. Chow must have been the only choice to star in Wong Jing’s new film “The Last Tycoon”, available on Blu-Ray 9/17. Part “Casablanca”, part “Grand Theft Auto”, he plays a gangster in 1930′s Shanghai at the top of his game, exuding a ruthless calm that only comes from years of being the baddest around. This is far from Chow Yun-Fat’s first rodeo, but he’s still riding hard. END_OF_DOCUMENT_TOKEN_TO_BE_REPLACED 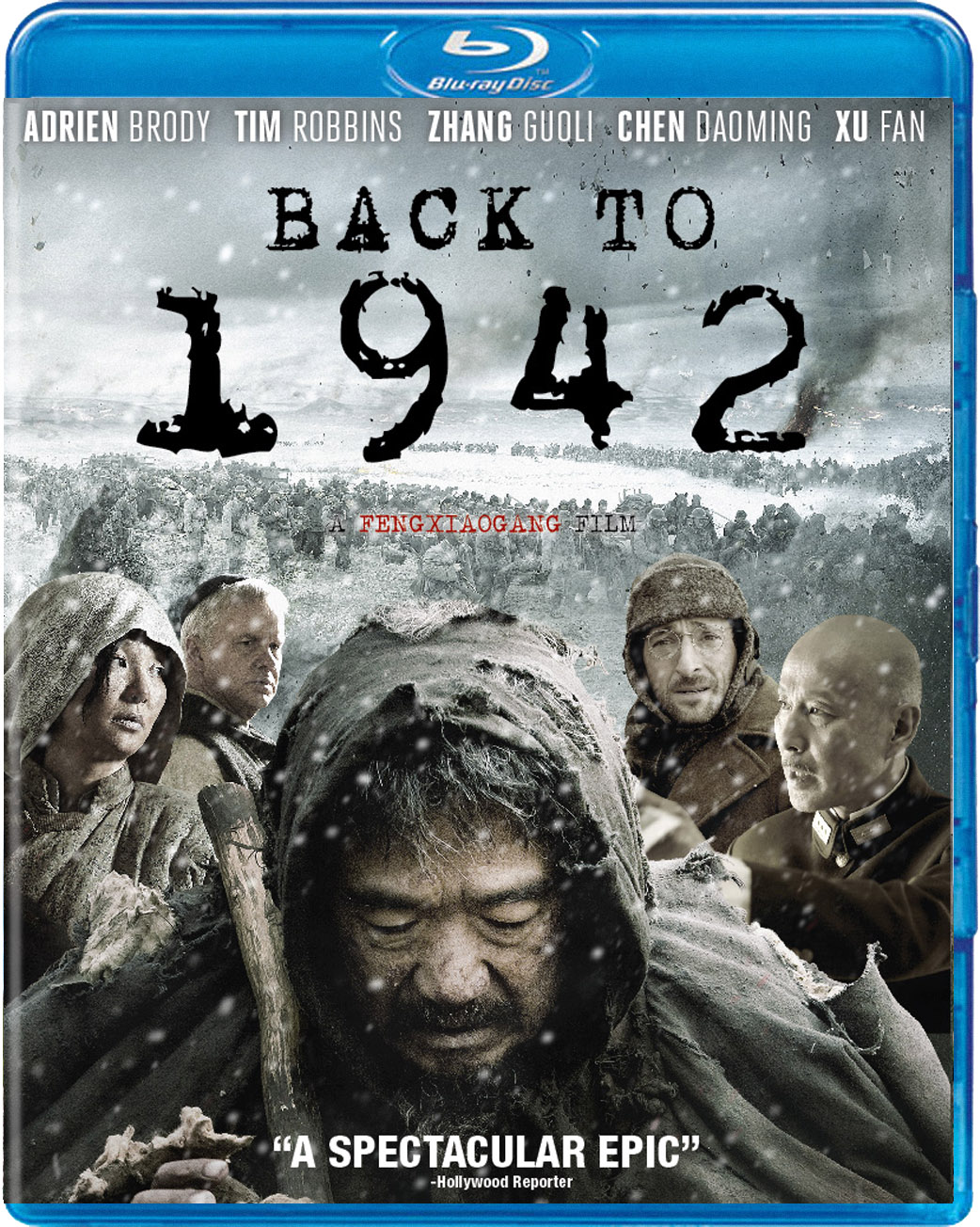 The recent release of “Iron Man 3″ brought attention to a new trend of tailoring a film to the *ahem* needs of another country (read: China).  Several non-essential scenes/in-film adverts were shot with Chinese celebrities to better sell the film in that region.  From what I understand, the Chinese government was happy with the additions and the citizens were equally tlled. Well in an attempt to broaden international appealfor his latest film, “Back to 1942,” Chinese director Feng Xiaogang did something similar: he threw in some American stars. The film, available now on Blu-Ray and DVD from Well Go USA, is an historical drama featuring the likes of Adrian Brody and Tim Robbins in the midst of one of China’s darkest periods. No, this isn’t a special stateside cut, but could the inclusion of US actors help bring in US dollars? END_OF_DOCUMENT_TOKEN_TO_BE_REPLACED