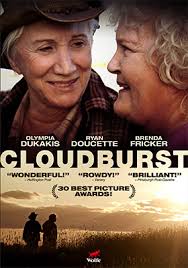 “, coming to DVD July 30 from Wolfe Video, manages to hit many of the right notes, but doesn’t reach it’s destination without hitting a few speed bumps. END_OF_DOCUMENT_TOKEN_TO_BE_REPLACED 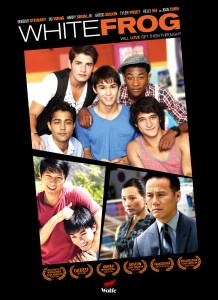 “, coming to DVD on July 16 from Wolfe Video. The film explores both the false fronts and coming into being of  a young teenage male with one small twist: he’s dead. END_OF_DOCUMENT_TOKEN_TO_BE_REPLACED 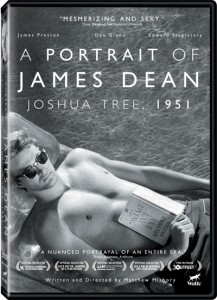 Roughly ten years ago, I submitted an entry for the second season of “Project Greenlight”.  Participants were required to judge other’s work and I remember receiving a script that stood out for all the wrong reasons.  The story was about a lonely housewife who somehow meets up with a thinly-veiled Eminem and a fiery relationship begins.  And I mean fiery.  This thing was like a Harlequin romance novel… albeit written by a seventeen year-old learning English as a second language. It was awful, but telling.  This was clearly the author’s fantasy, even if there wasn’t much of a story to hold it together.  In some ways, “A Portrait of James Dean: Joshua Tree, 1951″ reminds me of this.  The film, coming to DVD June 4th from Wolfe Video, blends fact and fiction to tell the tale of a pre-fame, bi-sexual James Dean – though you have to wonder how much is just the product of a fantasizing screenwriter. END_OF_DOCUMENT_TOKEN_TO_BE_REPLACED 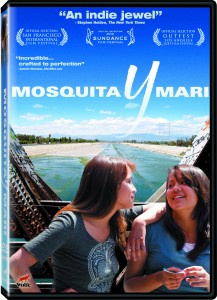 Pretty much everyone’s been in love before, but it’s that first time that’s the most awkward.  As you mature, you’re stuck between being a child and an adult.  You feel like nobody understands your situation (even though anyone with a pulse can relate) and you’re just sort of… shy about the whole thing. Not to mention the fact that you lack the maturity to do anything “right”.  Now, what if you’re into the same sex?  Now you’ve got to wonder if the people around you will be accepting and what if the object of your affection doesn’t feel the same attraction?  Well, June is LGBT month and on the 4th Wolfe Video brings “Mosquita Y Mari” to DVD.  An official selection of the 2012 Sundance Film Festival, the movie follows two Los Angeles teenagers as they fall in love for the first time. END_OF_DOCUMENT_TOKEN_TO_BE_REPLACED