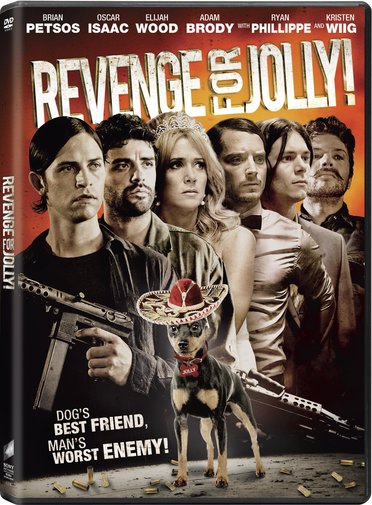 There’s an old saying:  Never assume – you only make an ass out of u and me.  Clever. But sometimes we have no choice but to make certain assumptions or else forever be baffled.  For example,  I have to make certain assumptions about Chadd Harbold’s “Revenge for Jolly!”, coming to DVD May 7th from Sony Pictures Home Entertainment.   I assume Mr. Harbold is either currently a film student or one who recently graduated.  I also assume he comes from a wealthy family or knows people with money.  Finally, I have to assume that the film’s star is full of himself and quite possibly the guy giving Harbold the money to make this movie.  But all assumptions aside, the fact is: there ain’t nothing jolly about “Jolly!” END_OF_DOCUMENT_TOKEN_TO_BE_REPLACED

See what’s NOT SUITABLE FOR CHILDREN!!! 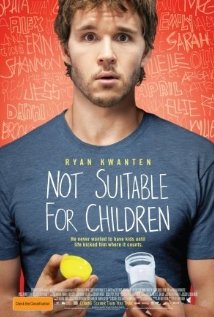 Win your very own NOT SUITABLE FOR CHILDREN DVD on 4/16!!!

Ryan Kwanten (“True Blood”) stars in “Not Suitable For Children”, coming to DVD and Blu-Ray on 4/16.  This is a romantic dramedy with a twist: it’s the guy whose biological clock is ticking!  But time’s not just flying for Ryan, it is for you too.  Send an email with your name and address to us here with the subject line “Not Suitable” for your chance to win a free “NSFC” DVD courtesy of Well Go USA.  Three lucky readers will be chosen at random on Tuesday, 4/16/13 at 12:00 PDT!  As always, this contest is only open to residents of the US and more than one entry will get you disqualified.  Good luck!

Ireland isn’t all blarney stones and shamrocks. It had long been plagued with violence between Irish Roman-Catholics and British Protestants during a 30 year period commonly known as “The Troubles”. Our 4th day of St. Patrick’s week, we look at Canadian director Kari Skogland’s “Fifty Dead Men Walking” – available now to stream on Netflix, Hulu Plus and Amazon Instant Video. Based on a true story, the film depicts a darker side of the Emerald Isle at the worst of The Troubles. Forgoing shots of rolling green hills in favor of the gritty streets of Belfast, this urban crime drama reminds us, for better or worse, of the very complex history of St. Paddy’s homeland.

END_OF_DOCUMENT_TOKEN_TO_BE_REPLACED 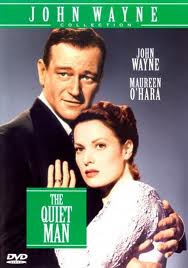 THE QUIET MAN available on DVD from Artisan pictures

The greatest American movie genre is easily the Western. Italy may have made them cool, but some of the best came from the good ol’ U.S. of A. where John Ford ruled the roost.  When John Wayne starred as his leading man, not only were some of the great Westerns made (“Fort Apache”, “The Searchers”), but some of Hollywood’s most classic films.  Day 3 of our St. Patrick’s week, might be a little surprising at first glance.  It’s a classic John Ford film, but one that’s as far from the West as the Atlantic is wide. “The Quiet Man” is as Irish as a Guiness and despite not having a single leprechaun or a glowing pot of gold, shows the Emerald Isle in all her beauty with every exterior shot. END_OF_DOCUMENT_TOKEN_TO_BE_REPLACED

OZ THE GREAT AND POWERFUL – in theaters now from Disney

Pretty much every red-blooded American child has seen the 1939 classic “The Wizard of Oz”.  It’s almost like going Trick or Treating or drinking a Coke.  It’s unforgettable music and unbridled imagination has made it a cultural staple for young and old. Maybe that’s why anything in the form of a prequel, a sequel, a reboot or a “reimagining” would be met with harsh skepticism.  I mean, remember “New Coke”? Well on March 8,  Disney, a company very familiar with retelling classic children’s tales, treads on hallowed ground with “Oz the Great and Powerful”.  Flush with mouse money,  this prequel comes loaded with special effects and big names, but can director Sam Raimi (“The Evil Dead”, “Spiderman”) deliver a quality story to win over the tiny hearts and boundless minds of children everywhere? END_OF_DOCUMENT_TOKEN_TO_BE_REPLACED 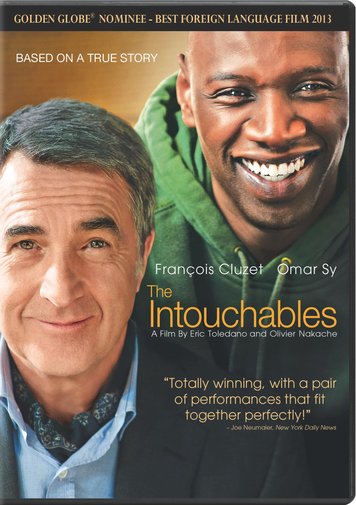 Here’s something worth thinking about:  In 2012 “Cloud Atlas” was released in 2,032 theaters across America. Starring some of the biggest names in Hollywood, it only grossed $27 million domestically ($87 million foreign).  Nobody saw it and yet everybody knew about it.  The same year,  ”The Intouchables” grossed over $10 million in only 194 theaters, domestically.  Its foreign tally was over (brace yourself) $416 million – making it the most successful foreign language film in North America that year.   Everybody saw it, yet nobody here seemed to know about it.  Even when I tell people about it, they think I’m screwing up the name of that Brian DePalma movie.  Sadly, foreign language films typically get limited releases in the States, leaving many of us in the dark as to what’s being produced overseas.  Well fortunately, there’s a chance to rectify this.  On March 5th, “The Intouchables” comes to DVD and Blu-Ray courtesy of Sony Pictures Home Entertainment and it’s easy to see why it did so well both critically and commercially without the glamour of big names or a multi-million dollar budget. END_OF_DOCUMENT_TOKEN_TO_BE_REPLACED

Somehow, I missed the trailers for “Jack the Giant Slayer” (or I just wasn’t paying attention) and I certainly wasn’t wowed by the cardboard standees in the theater used to promote the film.  I mean, what IS that thing?  A giant stone Mayan turtle?  Whatever.  Everyone knows that fantasy films of this type nowadays are either ultraviolent retellings with zombies or Shrek -style fractured fairy tales with references to medieval versions of things like the iPad.  Besides, Jack and the Beanstalk  was one of my favorite stories as a child and I refuse to let anyone other than George Lucas rape my childhood.  Well lo and behold Warner Bros was able to wine and dine the 8 year-old in me and director Bryan Singer turned out to be the perfect gentleman.  No, my childhood wasn’t unwillingly fondled… but after the first 10 minutes, I was ready to put out. END_OF_DOCUMENT_TOKEN_TO_BE_REPLACED 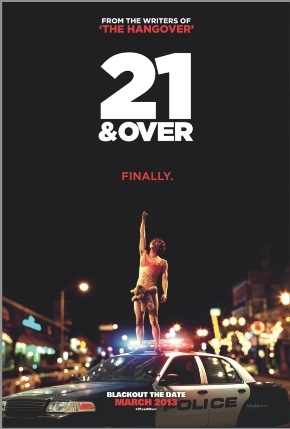 21 AND OVER in theaters now from Relativity Media

Summer, 2009:  I think my favorite comedy to date had been “Old School”.  I had been a huge Todd Phillips fan since seeing a bootleg of his GG Allin doc “Hated” back in college, so naturally I expected to love “The Hangover”.  Love it I did – so much so that it knocked “Old School” from the pedestal it had occupied for nearly 6 years.  I dragged everyone to see the film, probably watching it myself once a week for a month and a half.  It just never stopped being funny to me.  Then came the numerous knockoffs, including its own lackluster sequel – which didn’t even employ the talents of the original’s writers, Jon Lucas and Scott Moore.  But Lucas and Moore did end up writing the irreverent, if ultimately unimpressive Ryan Reynolds vehicle “The Change-Up”.  The film ultimately lost money, but apparently not enough.  The scribes have now been given a chance to direct “21 & Over”, their own Phillips-less “Hangover” knockoff and you know it’s going to be a bumpy ride. END_OF_DOCUMENT_TOKEN_TO_BE_REPLACED